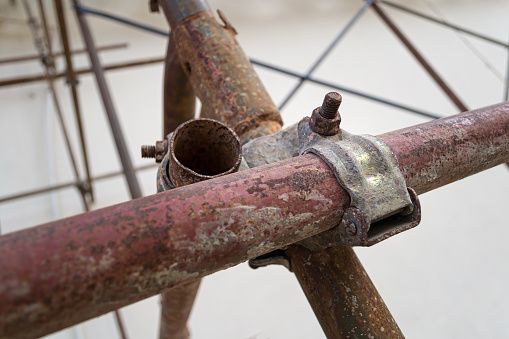 In an annual report published 26th May, the Hertfordshire-based company reported pre-tax losses of £52.2m for the year ending 31st October 2015.

The annual report attributed losses primarily to a number of construction contracts in the high-end residential sector made during the recession, although it says the worst of these have now reached practical completion.

The firm stated that the construction market in the UK remains “highly competitive”, where some sectors, particularly in central London, are suffering from high cost escalation.

As a result, the company has decided it will no longer enter into fixed-priced contracts in the high end residential fit-out subsector.

Looking at the future, Sir Robert McAlpine stated it has launched a major cultural change programme in order to refocus the business to seek a greater turnover secured from frameworks and the public sector.

Tony Aikenhead, Chief Executive of Sir Robert McAlpine said: “I am very positive about our future prospects and I look forward to the business returning to profitability in 2016.

“I am confident that, alongside our continued focus on our clients, our new strategy combined with a firm focus on productivity, engineering excellence and first-class delivery will have significant impact as we continue to realise our company vision of ‘proudly building Britain’s future heritage’.”

The firm insisted that revised risk management and tendering procedures implemented in late-2014 have since driven better contract margins and performance.

There are already signs of moderate improvement, as the pre-tax losses are £2.6m lower than the £54.8m netted in 2014.

Founded in 1869, Sir Robert McAlpine has worked on a number of notable engineering projects, including the Olympic Stadium, O2 Arena and the Eden Project.

Over the past year the company’s work included the De Vere Gardens, a luxury development in Kensington, and a one million sq ft warehouse facility.

It is also in the pre-construction phase of a new sliding roof for Wimbledon’s No 1 court and a 20-acre extension to Pinewood Studios.

I am often asked if the North West is the ‘place to be’ in terms of new developments and housing...

The government has taken “important steps into championing consumers' rights in housing”, according to a leading industry figure in response to the creation of a new homes ombudsman...