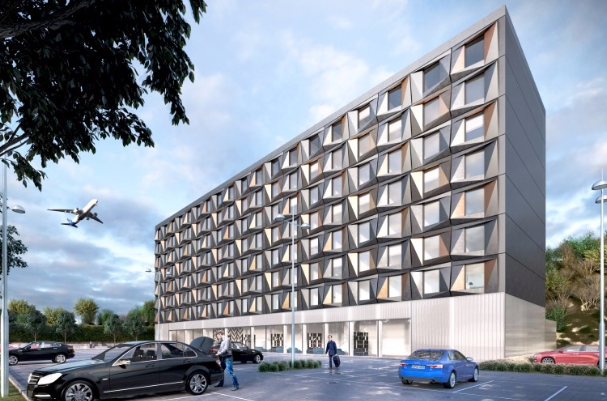 A new 250-bedroom modular-built hotel is to be constructed near to Luton Airport.

Polcom Developments has already begun work on building the hotel rooms at its factory in Gdansk, Poland.

Once they’re ready, the rooms will be transported to the hotel site – which is located next to the departure lounge – ready for construction.

Redefine BDL Hotels (RBH) has been appointed to manage the Courtyard by Marriott hotel, which is expected to open early in 2018.

RBH already manages hotels for Marriott in Edinburgh, including the modular-built Courtyard by Marriott Edinburgh West.

“With the main components of the hotel being built in a factory setting, it minimises the time spent on-site and really speeds up completion of what is set to be a fantastic hotel.

“We’re delighted to be working again with Polcom Developments on the project, following a successful start to our partnership on Courtyard by Marriott Edinburgh West.”