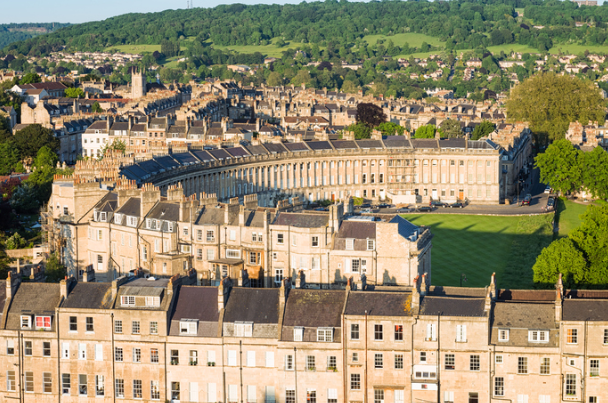 The proposals would mean that – barring exceptional circumstances – applications for new HMOs would be refused in areas where 10% or more of properties have already been converted into multiple occupancy homes.

Bath has seen a “significant” rise in HMOs and private rented property over the past 10-15 years with HMOs forming an important part of the local housing market by providing affordable accommodation to students, professionals and migrant workers.

However, three years ago the council removed permitted development rights to convert residential properties to small HMOs and planning permission for change of use is now required.

The council introduced the change to assess such applications with the aim of avoiding further high concentrations of HMOs developing in the city.

The framework will now be reviewed and, following consultation, includes a proposal to change the threshold from 25% to 10% in any one area whereby the council would consider refusing planning applications for conversions to HMOs.

It was stated that existing HMOs would not be affected.

“These proposals are responding to concerns raised by residents about the proliferation of HMOs in parts of Bath and the impact this can have on the mix of available housing in the area,” said Cllr Tim Warren, leader of B&NES Council.

“As a council, our aim is to ensure that Bath has a balanced mix of housing types to meet the needs of the city, and the growing number of HMOs in recent years has become an increasing concern for many residents.

“Our proposals would, therefore, limit the number of HMOs in a given area to no more than 10% of properties.

“In areas where more than 10% of properties are already HMOs, it would be expected that no new applications for HMO conversions would be permitted.”

The council has consulted with the universities in Bath as well as undertaking public consultations with communities and holding stakeholders’ workshops.

Cllr Bob Goodman, cabinet assistant for homes and planning, said that while these proposals would not prevent all new HMOs from gaining planning permission, they would help to control their growth.

“We recognise the role HMOs have to play as part of our area’s wider mix of housing stock, not just for students, but particularly for young professionals as well.

“However, we also believe it is right to control their growth and ensure a balance of housing types within communities.
“In the coming weeks, we will therefore be listening to feedback on these proposals, and depending on this feedback a full public consultation will be undertaken prior to adopting any changes in the autumn.