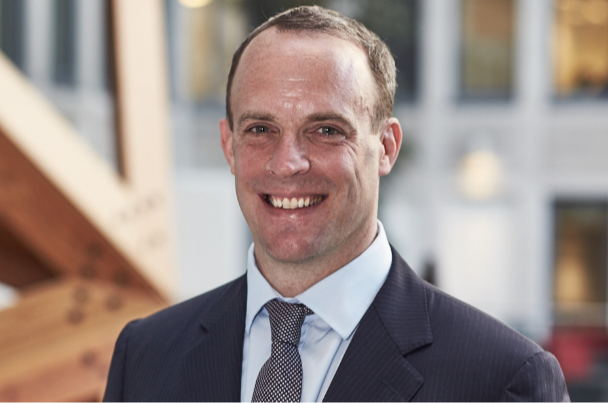 The UK has seen the appointment of yet another housing minister following the recent ministerial reshuffle by Theresa May.

Mr Raab had previously served as the minister of state at the Ministry of Justice from June 2017.

Brian Berry, chief executive of the Federation of Master Builders, said: “Once again we have a new housing minister, which doesn’t really help build the continuity and greater certainty that the sector needs.

“However, Dominic Raab is an able and influential Conservative MP, who we hope will bring a new energy and focus to the brief.

“We welcome him to the role and look forward to working with him.”

What should Mr Raab’s priorities be?

“What’s more important than Dominic’s appointment is that his ministry has been empowered by Theresa May to make the decisions needed to improve the buying and renting processes, and make homes more affordable.

“But the key challenges boil down to one thing: there are too few homes available to buy and rent in England and Wales, despite the best efforts of previous – and the present – government, so we need creative and bold policies to get Britain building."

Katy Katani, associate director at Zorin Finance, said: “Although he hasn’t received the warmest of welcomes, Dominic Raab is highly regarded within the Conservative Party and it is hoped that his appointment is a positive move, despite the time-costly process of switching housing ministers at a time when the UK housing market is in crisis.

“It is expected that he [will address] the substantial amount of activity outlined in last February’s [housing white paper] as well as other outstanding housing policies that are still being implemented, such as the letting agency fees ban, facilitating the UK house-buying process and understanding and tackling the challenges faced by the social housing sector.

“In the past few months, the Conservative government has taken positive steps to address the UK housing crisis and hopefully Dominic Raab will be able to quickly continue with the task at hand and is able to contribute to the political push required in order to prioritise housing on the government’s ‘to-do’ list.”

“For an issue which most people would like to see the government assign top priority, there’s a history of ministers just ‘passing through’ the ‘housing’ brief rather than digging in and delivering real change.”

Noel believed that this role was crying out for some stability and continuity.

“Dominic Raab will work closely with Sajid Javid, and now that Mr Javid has had the word ‘housing’ added to his ‘secretary of state for housing, communities and local government’ title, hopefully this indicates a promotion of its importance to Mrs May and an understanding that it’s one of the biggest issues facing the UK, second only to Brexit perhaps.

“It does at least mean that ‘housing’ will be represented at cabinet.

“Mr Raab has been tipped as a future Conservative Party leader and there’s plenty of opportunity for him to make his name by leading some significant change to the UK’s underinvested planning system, tackling the development land shortage and introducing some much-needed supply-side stimulus to keep Britain building.

“SME housebuilders have the potential to create new homes in much greater numbers if they’re supported by a fair and efficient planning process and I would urge Mr Raab to turn his attention to delivering this with all speed.”

Rico Wojtulewicz, senior policy adviser of the National Federation of Builders, said it was too difficult to say what Mr Raab would implement as priority at this stage.

“Judging from his contributions in parliament, we expect him to tackle the grey areas where local plans and the National Planning Policy Framework (NPPF) clash.

“He may also seek to identify unnecessary regulatory burdens that hamper the physical construction of homes.

“It will be interesting to find out where the new minister wants to build new homes, since he has often criticised major developments which overburden local infrastructure.

“We hope this means he will be dynamic in ensuring that local authorities facilitate small sites and infill, as it would give councils more time to develop local infrastructure for their major developments.”

Stuart Law, chief executive at Assetz Capital, added: “The appointment of Dominic Raab to replace Alok Sharma is par for the course in terms of the established short housing minister tenures.

“It sends a conflicting message about how seriously this government is really treating the imminent housing green paper and the housing crisis as a whole when it has just brought housing back into the cabinet via the renamed role for Sajid Javid, a much welcomed but overdue move.

“We would expect Sajid Javid to bring far more to the table but, between the two of them, there is a real need to prioritise reform in the planning system to make it easier for developers to address the true housing needs across the country...”

Henry Fordham, director of luxury homebuilder Bellis Homes, stated: “I was pleased to see Dominic Raab’s appointment, a young dynamic politician with previous legal experience should hopefully understand the importance and market demand to make the house-buying process quicker, simpler and less costly to the purchaser to increase market activity, which is what the market urgently needs.

“However, I’m sure I share industry sentiment in hoping that Raab is allowed sufficient tenure in his position to actually install policies and change…”

“The housing market is in need of stability, certainty and growth, which are driven by long-term policy implementation,” Henry added.

“The Autumn [Budget] showed [an] intention to step in the right direction, and hopefully Raab can familiarise himself quickly to maintain momentum and support a stagnant market by improving the procedural efficiency of the house-buying process.”

Gareth Belsham, director at Naismiths, concluded: “Former lawyer Dominic Raab has a reputation as a moderniser, which is exactly the shake up the housing market needs.

“As a younger politician, [Mr Raab] will have friends who have struggled to get on the housing ladder because of [a] chronic undersupply of new homes and market prices.

“Above all, the industry is waiting to see if the new minister will free up development by reviewing the log-jammed planning and appeals system allowing extra green-belt developments.

“…Mr Raab needs to bring consistency, fresh blood and courage to the role - his in-tray is already overflowing,” Gareth concluded.