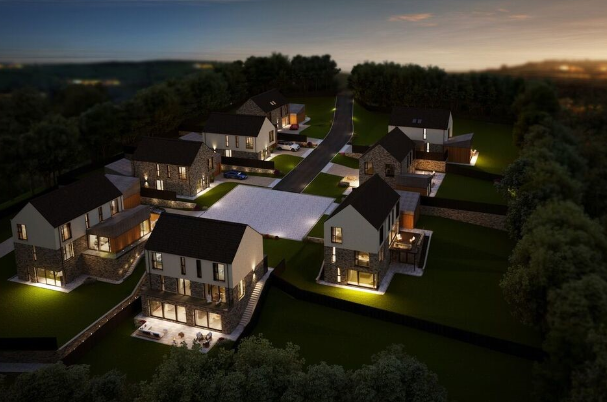 Cobain Group has secured over £3m of funding from P2P lender Assetz Capital for a luxury home scheme in Holywood, Northern Ireland.

The scheme is situated seven miles from Belfast city centre on the hills in Holywood, surrounded by mature trees and overlooking Belfast Lough.

The construction is being delivered by Mark Gilmore, managing director at AKM Construction, part of the Cobain Group.

Mike Cobain, CEO at Cobain Group, said that Assetz Capital understood the project, which meant it could provide a senior debt structure that made commercial, logical sense.

“With incredible pre-sales and demand on the Twisel Brae development, today’s deal allows for the rapid completion of the development.

“Critically, it also frees up capital resources, which allows the group to move forward into more new projects, giving the company a seven-month advantage over its existing senior debt facility.”

Assetz Capital’s funding of the project follows the opening of its new office in Belfast and Andrew Fraser, relationship director at Assetz Capital, added: “Mike Cobain and his experienced construction team have created a landmark project for Holywood and Greater Belfast.

“Assetz Capital [is] delighted to be involved in the scheme.”

So far, five of the eight properties on the Twisel Brae site have been sold with construction ongoing.