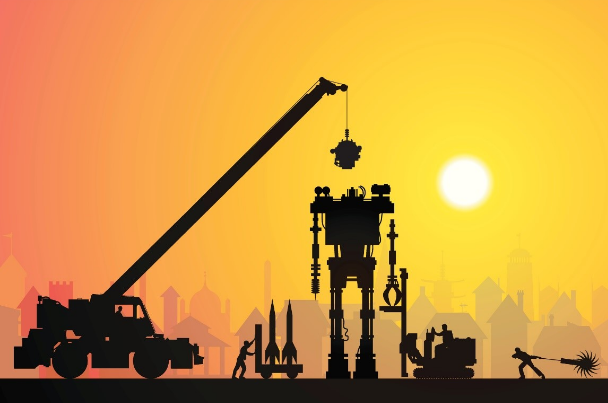 With the construction industry under serious pressure to deliver the housing the UK desperately needs, Development Finance Today looked at whether human-free construction sites could be introduced within the next 10 years.

A recent poll conducted by Development Finance Today found that 88% of industry professionals believed that we wouldn’t see human-free construction sites within the next decade.

Can we expect to see human-free construction sites within the next 10 years?

Robert Simpson, associate director at Naismiths, felt that with developments in construction techniques making site work increasingly systematic and repetitive, the industry appeared to be an obvious candidate for automation.

“But despite the increasing levels of automation being seen on site, so far the technology is augmenting rather than replacing the human element.

“While the prospect of human workers being made redundant makes the issue a highly controversial one, automation has obvious appeal in terms of both cost and health and safety.”

Steve Larkin, director of development finance at LendInvest, added: “The impact of more modular construction will decrease the number of individuals required on site, but it is difficult to see a stage where developments will be entirely human-free.

“Sites are already becoming more automated, and again we can see this continuing, however, the key practical skills we value that tradesmen bring to a development will be difficult to emulate when taking a view on the whole build.”

Nicholas McVeigh-Crabbe, director at construction recruitment specialist BBR Services, said: “While the use of new mechanical technology will become more widespread to support building projects, we will still require humans on construction sites.

“The use of new technology can improve the level of health and safety within the construction sector, which has been a priority for many employers.

“As recruiters, we welcome new technology into the construction industry as our focus changes to finding people with specialised talent who can operate, maintain and supervise this machinery.

“New innovation also creates recruitment opportunities for the supply chain, where individuals with specialist skills are required by producers.”

Lesley McLeod, CEO at the Association for Project Safety, believed that there would always be the need for some human input on the ground.

“Over recent years, improvements in automation have made many aspects of building less labour-intensive.

“Forklift trucks carry many more bricks and mortar than a human worker and a digger or pile-driver reduces much of the muscle required.

“Increasingly, off-site prefabrication can both speed up projects and make it safer for those remaining on site.

“But this does not eliminate the human element in construction.

“It just shifts the heavy lifting from muscles to the brains required at the drawing-board or screen.

“So far, a machine cannot think wholly for itself and will only be able to deal with situations its human progenitor has imagined.”

What AI technology can we expect to see enter the construction sector?

An Australia-based robotic technology company has revealed ‘Hadrian X’, part of a digital construction system capable of laying upwards of 1,000 bricks per hour.

It claims that a ‘normal’ bricklayer is capable of laying around 300-400 bricks per day.

In addition, Hadrian X uses blocks that are 15 times the size of a standard brick equivalent (SBE).

Robert claimed: “While the technology is improving rapidly, it’s likely to be adopted first on simpler projects in remote areas; for example, in the construction of motorways and railways.

“In urban locations – which are easier for human workers to reach and where robots and humans will need to work side by side – uptake is likely to be slower.

“Ultimately, the goal is to make construction cheaper, sites safer and delivery programmes more secure, and automation will play a key part in achieving this.”

What are the pros of human-free construction sites?

“By not using people, you wouldn’t be limited to working day hours on site (although noise constraints would still apply), nor by health and safety procedures.

“Also, increased use of prefabrication off site in a controlled factory environment will ensure a controlled, accurate component is delivered on site for assembly.

“This may create more factory-based jobs to offset some of the job losses which will occur because of automation.”

Lesley added: “Increasingly, off-site prefabrication can both speed up projects and make it safer for those remaining on site.

“Advances in digital printing may see the shift from man to machine increase, bringing with it the added benefit of cutting road accidents from construction traffic.”

What are the cons?

“The art of architecture and the use of certain materials – currently only limited by their structural limits – would certainly be an issue because, at least at first, construction would be limited to what could be easily built and handled by robots, relegating any true creativity to minor plug-in parts of the whole project,” said Neil.

“There would also be the issues of maintenance of on-site robotics, drones and computer-controlling equipment.

“The risk of investing in the new technology for contractors may mean that contractor choices are limited initially too and the costs of anything other than a very simple building type would be high.

“Naturally, there would also be major construction job losses on site.”