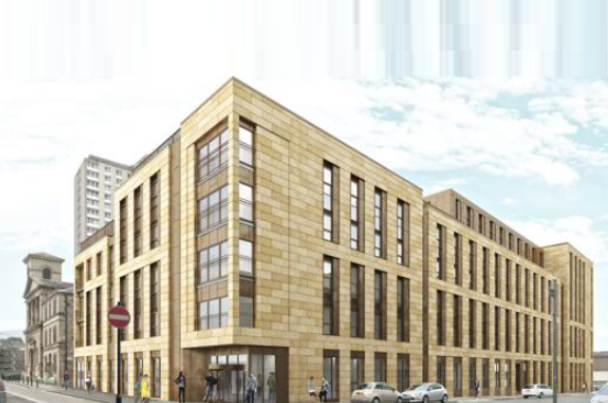 Beaufort has announced the completion of a mezzanine investment to the Soller Group to support the development of a new-build student scheme in Glasgow.

The 301-student bed development on Dunblane Street (pictured above) is scheduled for completion in summer 2019 and will be built close to and in conjunction with the Royal Conservatoire of Scotland, a major performing arts institution.

It will also contain a mixture of shared flats, studio and cluster accommodation with a range of price points.

The investment, which is over a two-year term, will be the second project which Beaufort has supported in Glasgow this year and its third in Scotland, as it looks to further invest across the region.

"I am delighted that we have concluded this development transaction in my home town of Glasgow,” said Mark Quigley, managing director for UK real estate finance at Beaufort Capital Management.

“It will be a first-class student accommodation development, which will include a considerable number of amenities for the benefit of students at the world-renowned Royal Conservatoire of Scotland and is a further significant investment in Scotland for Beaufort.”

Nick Treadaway, director at the Soller Group, said it was introduced to Beaufort at a late stage in the capital-raising process.

"Beaufort worked tirelessly to assist in getting a complicated deal over the line and we are delighted with the relationship that we have formed with them.

“We are already discussing other projects with them and look forward to working closely with them going forward."