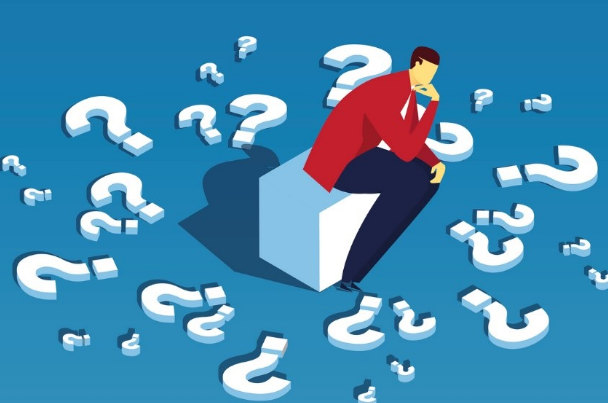 Increased levels of creativity among property developers and housebuilders could well be the key to solving the UK’s housing crisis, but there are currently numerous barriers that they are faced with when trying to be more innovative.

A report published by the Federation of Master Builders in September 2017 revealed that SME housebuilders cited a lack of available small sites as a barrier they have faced when trying to increase their delivery of new homes.

In addition, over half of SME housebuilders (54%) cited accessing finance as a major obstacle.

These two barriers could be limiting creativity within the property development sector.

How creative are developers currently?

“With funding hard to obtain in today's market and buyers less prevalent than they once were, developers are having to be increasingly creative to be successful,” said Alex Michelin, co-founder of CapitalRise.

“For example, developers now have to be open to different funding sources to finance their projects as bank leverage is much reduced.

“Mezzanine loans are having to be considered to fill the funding gap, and even some preferred equity to ensure projects can be completed satisfactorily.”

Zuhair Mirza, principal at Avamore Capital, said that recently, it had felt that developers had been creative in approaching sites.

“We have also seen an increase in the number of roof space proposals and increasingly developers are speaking to us about modular offsite builds, which reduce cost and construction times.

“Naturally it takes time for funders to feel comfortable with these new approaches.”

Alexander Moss, operations director at Zorin Finance, said that compared to other industries – such as the electronic, automotive or even finance – the construction industry was slow to innovate.

“Homes are still largely built the same way they were 30 years ago.

“One of the main reasons for this is the collapse of SME developers over the last two decades.

“Smaller builders are more nimble and have the necessity and ability to be flexible in their design to meet the idiosyncrasies [of] small sites.”

Mark Dyason, managing director at Thistle Finance, added: “It never hurts to think outside the box as that’s a differentiator and as a developer, you can potentially sell properties more quickly if you are going against the grain.

“The developers that tend to rip up the rule book are the smaller ones that want to carve out a niche or are prepared to make a statement in order to draw attention from prospective buyers.”

Peter Izard, business development manager at Investec Private Bank, said that successful developers were being more creative and the most popular development opportunities in the residential space were alternative methods of construction, especially modular.

“This method is highly advanced in Scandinavian countries as well as in Germany and hence is being used progressively more in the UK.

“With a skills shortage in the construction industry currently, the demand for this method of construction will only continue to grow.”

Leo Santana, managing director at Right Fit Properties, added: “The advancement of technology and flexibility in the work place requires developers to think out of the box (as we are) and come up with products that are flexible in terms of rental terms, quality and convenience of accommodation.

“At the same time, we are seeing commercial lenders introducing new products to the market, which is a plus for the industry, especially with such flexible terms and [the] low interest rates some of them offer.”

Nathan Priestley, CEO at the Priestley Group, said that it was encouraging to see developers take existing commercial buildings and transform them into residential developments that meet housing demand and are fit for purpose and offer high standards of living.

“The Priestley Group is at the heart of this approach in the North of England; we’ve unlocked various sites in strategic, industrial locations, such as Bradford, Leeds and Manchester, turning former mills and factories into luxury homes.

“Innovative use of existing buildings goes hand in hand with what developers are doing to construct a sense of community.”

Quentin Keeble, construction and development director at Atlas Residential, said that the best developers were always being creative, driving originality from their teams and solving problems creatively rather than formulaically.

“As the residential development market becomes more challenging, we need to think innovatively to find value and drive demand, but we also need like-minded funders who understand the market, can think intuitively and support sensible innovation.

“Staying at the leading edge not the bleeding edge.”

Are lenders allowing developers to be as creative as they can?

Marcus Hawley, managing director at Blackswan Property Ltd, said: “As a developer who tries to drive innovation and change, I have repeatedly had elements of projects taken out by funders, with one funder stating: ‘We’d rather have no one dislike our project than anyone loving it.’

“While anything unusual in the build of a project garners calls of risk and cost from contractors.

“Another factor is the fragility of the developer market, which was decimated in the Midlands in the last recession.

“As such, virtually every detail of a development which may be considered unnecessary by many developers is simply stripped out to provide a buffer to protect against the widely held belief of an imminent recession.”

Peter stated: “Lenders’ ability to meet the demands of greater flexibility in a changing market can vary, but certainly the more specialist focused lenders are understanding the changing face of development as demand grows in this area.”

Terry Woodley, director of development funding at Shawbrook Bank, said that it takes a funder who would take the time and had the expertise to judge a scheme on its own merit.

“At Shawbrook, for example, we will consider modular schemes for the student and build-to-rent sectors, funding materials offsite with the benefit of vesting certificates or bonds."

Terry Pritchard, head of origination at Lendy, added: “We feel that some lenders are starting to restrict their facilities owing to lack of knowledge and suitable controls, which means there are opportunities for platforms like Lendy that have the right business model.

“Indeed, we are currently in the process of creating a new product range that we believe will fulfil the needs of developers over the next few years, no matter what area they may work in.”