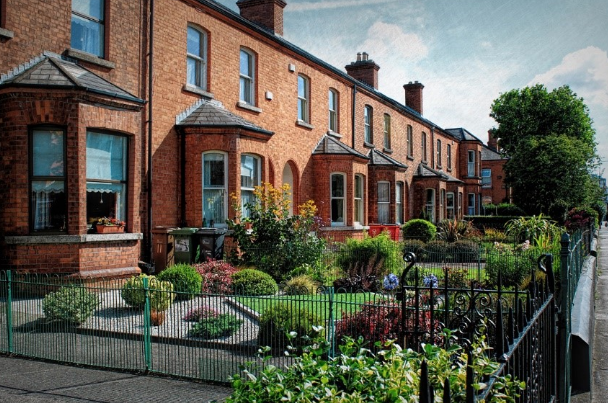 House prices in the UK fell 0.5% month-on-month, the biggest monthly fall since July 2012, according to recent figures.

The latest Nationwide House Price Index revealed that annual house price growth had softened to 2.0% in August, compared with 2.5% in July 2018.

Commenting on the figures, Robert Gardner, chief economist at Nationwide Building Society, said: “…Annual house price growth remains within the fairly narrow range of circa 2-3%, which has prevailed over the past 12 months, suggesting little change in the balance between demand and supply in the market.

“Looking further ahead, much will depend on how broader economic conditions evolve – especially in the labour market – but also with respect to interest rates.

“Subdued economic activity and ongoing pressure on household budgets is likely to continue to exert a modest drag on house price growth and market activity this year, though borrowing costs are likely to remain low.

“Overall, we continue to expect house prices to rise by around 1% over the course of 2018.”

Jonathan Samuels, CEO at Octane Capital, said: “A Brexit no-deal could hit prices in the capital – especially at the higher end – like a sledgehammer.

“While September could well see price growth turn positive once again, the rest of 2018 is shaping up to be uneventful at best.

"There is a blanket of uncertainty covering the UK property market at present.

"While the employment market remains strong, stubbornly high inflation, the potential for another rate rise, overstretched household finances and the growing possibility of a no-deal Brexit are seeding serious doubt in the minds of prospective buyers.”

Lucy Pendleton, founder-director at James Pendleton, added: “Nationwide’s prediction of a 1% increase in 2018 would mean prices finish on just over £213,000, a level not seen since April [2018] and only around £1,500 lower than current prices.

“That would undo most of the year’s gains, so if that happens, expect the slowdown to feed into the Brexit mood music as the UK careers toward an uncertain future and possible hard Brexit in early 2019.”

Sam Mitchell, CEO at Housesimple.com, commented: “While London prices continue to soften, the outlook in the north of the country – particularly the North West – is far more positive.

"Walk into an estate agent in Liverpool or Manchester and they will tell you something entirely different from an agent in the capital,” Sam claimed.

"Properties are flying out the door – many at near asking price – and there's a real appetite to buy.

"The strength of local economies are attracting people to the area, and because property prices haven't run away from buyers in the past decade, there's still plenty of room for price growth.”