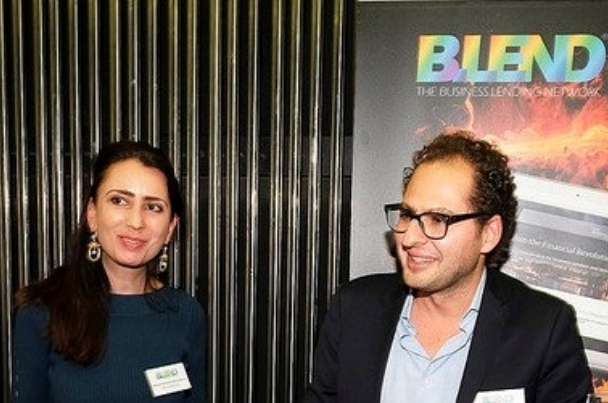 Blend Network is on track to deliver £5m of lending since launching earlier this year.

The P2P platform – which offers bridging, refurbishment and development finance loans – was launched back in January.

“In our first year, we put in place a high target for a P2P lending platform,” said Yann.

“In the first four months, we provided one facility of £1.3m and one for £1.4m, so this is how quickly we are growing.

Yann highlighted that its maximum loan size had increased from £300,000 to £2.5m in just eight months and the loans were filling up very quickly.

“We offer bridging, refurbishment and development loans at terms of between three months and two years.

Roxana added that the platform’s focus was the regions in England, Scotland and Northern Ireland.

“What we are trying to achieve is to help the regions.

“As soon as you look at the regions – half-an-hour or so away from any city – it becomes very difficult, and that’s where we tend to focus.”

“The market we love the most is the market that is less serviced, I would say.”

Roxana stated that in regard to SME developers that wanted to carry out light refurb, Blend would form a relationship with them and accompany them on their journey.

“So, we are building that long-term relationship by helping them and they then come back with other projects once they have more experience.”