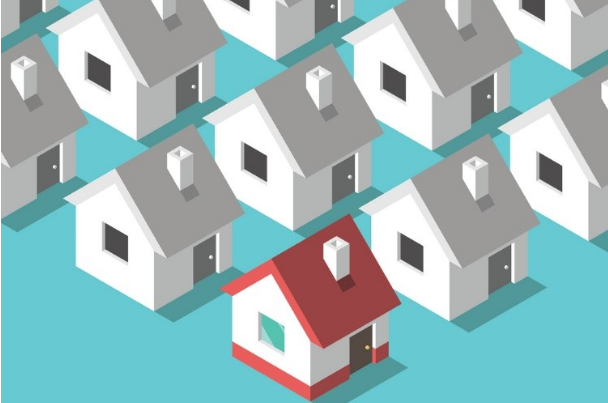 Last month, the Royal Institution of Chartered Surveyors (RICS) called on the government and construction industry to embrace modern methods of construction.

The RICS’ ‘Modern Methods of Construction’ paper recommended the use of alternative methods, such as off-site modular housing and proptech to aid modern-day housing delivery.

More recently, Birmingham City Council revealed its modular housing plans with one cabinet member stating that there were only a few companies that were producing such properties in the UK.

Cllr Sharon Thompson, cabinet member for homes and neighbourhoods at Birmingham City Council, said: “It has been widely proven that housing has a direct impact on people's physical health, mental health and on educational attainment.

“As such, I am thrilled to say that the Birmingham Municipal Housing Trust has developed its own modular house type that aspires to high standards of both design and delivery.

“This will ensure that the Birmingham modular home is not seen as a substitute for a traditionally built one and affordable housing will continue to be available for all of our citizens.”

Modular/prefab housing has been tipped to play a key part in solving the UK housing shortage, so could we see all councils introducing modular housing plans?

According to Joseph Daniels, founder of luxury modular homes provider Project Etopia, the main problem facing councils was the sheer number of houses they needed to build to keep pace with housing need and population growth.

“Anything that reduces build time and cost is a silver bullet for local authorities, councils and prospective buyers and any council not embracing modular housing stands little chance of effectively combating the housing crisis.

“The usual rules of supply and demand might suggest that it is developers who stand to lose the most if the amount of housing for sale increases, but in reality this wouldn’t hit their margins.”

“In my direct experience, we have seen local authorities reluctant to enter into traditional construction projects, due to staffing cut backs limiting their ability to manage those more detailed projects.

“Off-site manufacturing can take away the need for so many staff, and drastically increases the speed and quality in which projects can be delivered.

“Feedback from the market is that the quality and finish of modular housing is impressive, with typically high levels of energy efficiency allowing local authorities to deliver sustainable projects.”

Marc Trup, founder of Arthur Online, added: “While modular homes claim to be cheap and quick to build – and in most cases made from sustainable material – a lack of confidence in the technology and high upfront costs have left most councils unconvinced.

“More evidence to support the concept will need to be gathered before its wide-scale adoption, and for it to be considered a real solution to the housing crisis.”

“Councils are also likely to benefit from higher-quality developments which are constructed in factory environments allowing more precision and less snagging post-construction.”

Henry Smith, CEO at Aitch Group, said that there was a fundamental need to provide more housing.

“Ambitious housing delivery targets have been set and exploring innovative ways to achieve this should be welcomed with open hands.

“With government support and the principle of grant funding in place to implement modular housing, all councils should certainly explore this further to sustainably increase housing supply.”

Robert Collins, co-founder at Sirius Property Finance, added: “I know other local authorities are looking at rolling out modular housing plans and the obvious benefits are the ability to provide housing much more quickly and cheaply compared with traditional building methods.

"The potential downside is that the units are perceived as second-class accommodation and there could be social issues that accrue as we saw historically with some of the high-rise council properties.

"At the moment, there does seem to be a softening of attitudes from lenders on funding modular builds in the market generally, but it is very early days.”

Paul Riddell, head of marketing and communications at Lendy, said that traditionally constructed homes were a longer-term solution and agreeing a national long-term permanent social housing plan would be much more sustainable and beneficial.

“There’s a danger that numerous modular homes ‘sites’ could potentially become ‘shanty’ towns across the country unless their manufacture and design, and size and location, are very carefully monitored by central government.

“However, if modular houses are solely for the purpose of making accommodation available to people without a home – on a relatively small scale – then, of course, they should be considered as an option and appropriate plans considered.”

If all councils were to introduce a modular housing plan, how could this impact the housing market?

Monika Slowikowska, founder of Golden Houses Developments, felt that the main risk regarding modular housing was that very few mortgage providers were offering finance to the end user for this type of construction.

“This, plus a resistance from building control officers, market mentality and the perception that modular/timber houses are of lesser value than bricks and mortar are the main limitations of this sector of the market.

“Overall, considering the fact that the council is a different client than a private end user and it usually doesn’t have funding restrictions, it could be a great way forward; the larger the scale is, the lower the cost per unit is.”

David Bethell, managing director at PDW, believed that the adoption of modular housing plans by councils could be a positive step forward for the UK housing market.

“Many local authorities are at the beginning of their housebuilding programmes and so are in a position to try something new because they don’t necessarily have existing supply chains in place.

“Councils are looking at ways in which they can scale up quickly and due to the current lack of resources, modular builds are a good solution as they can provide large quantities of homes more quickly than traditional building methods.”

Kate Onions, construction partner at Shakespeare Martineau, added: “The UK housing market has been sceptical about the quality of modular builds.

“However, they bear little resemblance to the low-quality, prefabricated homes brought in to address the post-second world war housing shortage.

“The modern-day, eco-friendly modular home is designed in a factory setting, under intense quality control.

“As home ownership becomes even more unattainable, a shift to modular housing could help to bring prices back to a level that is viable for first-time buyers.

“It is clear that councils are dipping their toes into the modular pond and they would do well to take a confident approach and immerse themselves further to help tackle the UK’s housing crisis.”

Björn Conway, CEO at ilke Homes, added: “It’s hugely encouraging that increasing numbers of councils are looking towards the opportunities that modular housing can provide for their communities.

“Building high-quality homes off site is one of the most viable solutions to solve the housing crisis as the process rapidly increases the rate that homes can be delivered.

“Only by embracing modern methods of construction can the industry hope to address the UK’s chronic housing shortage and meet the government’s target of 300,000 new homes a year.”