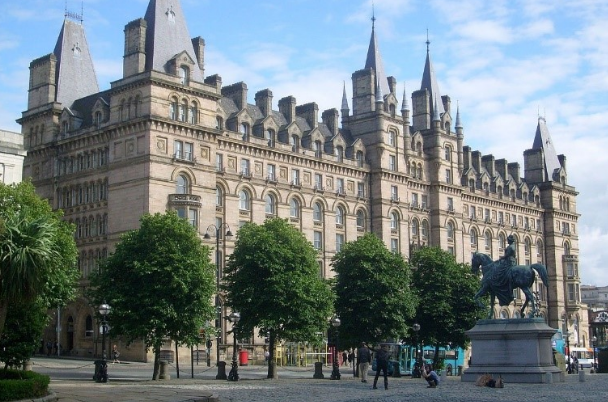 The loan was provided on behalf of the Merseyside Pension Fund for North West developer the Marcus Worthington Group, which is redeveloping North Western Halls (pictured above).

This will see the Grade II-listed student accommodation building – situated adjacent to Lime Street station – return to its original use as a 202-bed hotel.

Joe Bahsoon, director at CBRE Capital Advisors, said: “This development is part of the ongoing regeneration of Liverpool city centre and will provide the city with a first-class station hotel that complements the significant upgrades that have been made to Lime Street.”

It has been pre-let to Radisson, which will be delivering its new Radisson Red concept aimed at the millennial generation.

This is the second loan the Merseyside Pension Fund has provided to the Marcus Worthington Group after it financed 125 Deansgate in Manchester in 2016.

It is also the second investment backed by the pension fund’s catalyst vehicle since its establishment in 2016.

“As the fund is the local government pension scheme for the Liverpool city region (LCR), it is rewarding that we are able to invest in this way, providing our members with a commercial return while stimulating economic growth in the LCR and regenerating an iconic building in Liverpool,” commented Cllr Paul Doughty, chair of Merseyside Pension Fund.

“We look forward to the potential of making similar investments in the future.”

Russell Worthington from the Marcus Worthington Group added: “ Renovation works have now started and with the assistance of our funders and advisers we hope to be opening the doors to guests in Q3 2020.”