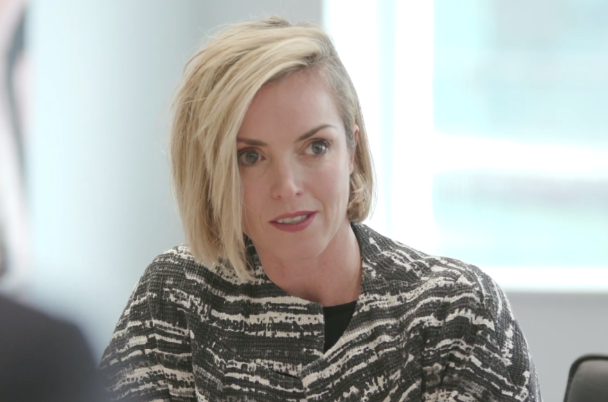 In an interview with Development Finance Today, Nicole Bremner, director at East Eight (pictured above) talks about the benefits of crowdfunding, the changing property development industry and her advice for aspiring developers.

You currently work with award-winning architects. How did you form these partnerships and how do they help with your schemes?

The relationship with my main architect, Droo Projects, started from an introduction from a good friend from Australia. Amrita Mahindroo, founder and director at Droo Projects, then introduced me to my business partner of seven years, Avi Dodi, development director at East Eight. The most important part of our partnership is that we have the same style and vision when we look at a new project. By sharing the same aesthetic, we can just let Amrita have free reign on the design and I’m always surprised, in a good way, when she unveils the latest scheme.

You currently crowdfund a number of deals. Is it hard to obtain funding from mainstream lenders as an SME developer?

It has become more challenging over the past couple of years to secure funding. It’s not just that the lending criteria has tightened up, but the time it takes for traditional lenders [to release funds] means that it can’t be relied upon. We started crowdfunding late in 2016. Initially it was in response to dozens of requests I’d receive from people wanting to invest in our projects. I didn’t feel comfortable taking investments directly and falling foul of FCA pooled investment policies. We’ve now completed six raises and are about to go live with our seventh imminently.

While others might not like giving up equity, I prefer an equity model which allows investors with as little as £500 invest in property development schemes generally only open to larger investors. This way investors can have a front-row seat to learn from while the development progresses. It also feels like an equity partner is more aligned with your interests than a lender.

The other draw of crowdfunding is the flexibility it offers. While traditional lenders have set criteria and often a tick-box approach, raising equity or debt via Simple Crowdfunding or Cogress means that you can have a bespoke and dynamic funding solution. Often, it’s significantly quicker too — very important when a completion date is looming.

Your developments have been situated mostly in London. Are you eyeing other areas?

We’re in Luton, which is just outside of London. I have looked at other areas, but it would take a lot of time to get a feel for them. I prefer Hackney, as I’ve lived there for years and it doesn’t require weeks of due diligence and market research. Opportunities are always being presented to me outside of London, but nothing appetising enough for me to take a bite, yet. Never say never, however.

What would be the best piece of advice you’d give to someone looking to get into the development market?

Double the cash flow and time you believe you’ll need. Us developers tend to be an optimistic bunch and while we have our base, best- and worst-case scenarios, often the worst case becomes the best. What happens then?

Stress test every outcome and determine your Plimsoll line. Always hold back enough cash in case you hit that line.

What big changes have you noticed in the industry since you entered it?

Most notable are the changes to development finance. As I’ve said above, lending criteria have tightened significantly in response to overall market conditions and uncertainty. Many developers are now trying to construct and sell sites that they, possibly, overpaid for in the boom times of 2015/16. Interestingly, vendors still expect top price for their sites, which means they need to be more flexible with terms, perhaps looking at JVs with developers, subject to conditions and other structures, in order to get the price they require.

As someone said to me recently, don’t waste a good downturn. What’s happening now is that a new market has opened up for distressed sales. I believe a number of estate agents have set up special teams focused just on selling blocks of new builds at a discount to red book valuations. It makes sense to me and it’s a strategy I’m looking forward to employing now, too.

After having my third child in three years, I didn’t want to return to banking and lose the flexibility of being the mother I wanted to be. I looked at a number of career options. It was my partner who suggested that perhaps property was the right choice. I’d recently renovated our derelict vicarage in Hackney as well as our Clerkenwell flat and was still on talking terms with my builders. Back in 2010, I was so green. I didn’t realise that development finance existed and didn’t know a single property developer. But I started buying up HMOs in Hackney and converting them back into luxury family homes. It was a strategy that worked well until others realised how great Hackney is and prices became inflated. It got so crazy in 2015 that people were paying a premium for undeveloped properties over developed — everyone was a property developer.

By 2013, I’d met my business partner and moved from single houses to multiple units. It was a good move and years later we’re now constructing over 200 units across London and I’ve learned a lot along the way.

If you weren’t a developer, what would you be doing?

I’d be an orthodontist! I started pre-med at university with the idea of being a dentist and then specialising. It lasted less than a year before I switched to a commerce degree after realising that financial planners earned much more than dentists and didn’t have to study for seven years. I then did an accelerated course to become one of the youngest chartered financial planners in Australia at the time before moving to the UK and it becoming worthless. I’ve often thought about going back to dentistry and even made initial enquiries in 2009 but, ultimately, I don’t have it in me to study that long. I do love teeth, though. Perhaps I should do an MBA? We’ll see. I think I’ve got enough on my plate right now.