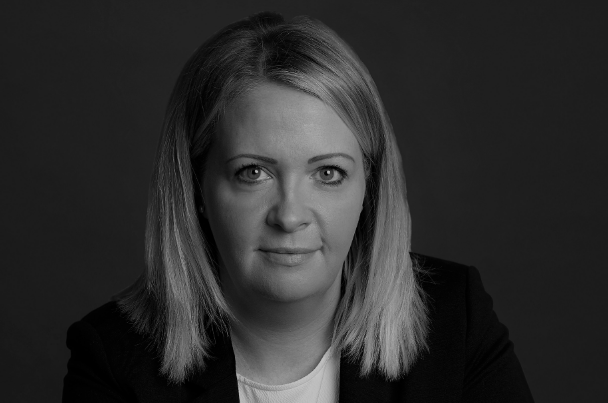 In an interview with Development Finance Today, Emma talks about how the retirement housing sector is being underserved and the biggest hurdles to the government’s housing targets.

In an increasingly competitive market, how do you intend to continue the growth of Maslow?

I think it’s very important to stay true to good, respectable lending practices in the current market and not to overcomplicate a development deal to try to make it ‘work’ or get caught up in the rush to quote on every deal presented. Lenders need to provide clear communication to borrowers and introducers coupled with a fast response rate.

Internally, the Maslow origination team works very closely together to ensure we are all aware of appetite and which areas of the market are being covered. Between the six originators, we have over 90 years of experience, so when working together on the more complicated deals, this means we can pretty much overcome any issue that is presented — and that’s before we call on any of the grey-headed individuals over on the risk team (sorry, Andrew).

What do you think will be the biggest challenges for the development market this year?

I think we are entering perfect storm territory and underwriting development deals will be a challenging post-approval process as a result. It’s very difficult to get an insight into construction costs, labour resources and supply of building materials 24 months into the future, due to Brexit and the ever-increasing need for affordable housing. Construction companies are coming under increasing pressure to deliver on prices quoted 12 months ago and, as a result, some developers are struggling to deliver existing projects to budget.

What areas of the property development market do you believe are underserved and why?

In my view, the retirement housing sector is one that has yet to be fully understood by lenders, let alone the wider general UK population, and is currently underserved by the lending industry.

There is an acute shortage of retirement housing stock within the United Kingdom, which is only exacerbated by the ‘baby-boomer’ generation coming ‘of age’, which further increases the demand for retirement housing product, thus acting as a tailwind for the sector. One does not need to look far to see the giant opportunity that this sector presents, when you look at more mature markets such as New Zealand, Australia and the United States, where retirement housing is widely accepted by the general population and, importantly, is understood and well served by lenders.

What do you think is the biggest hurdle to reaching the government’s 300,000 homes a year target?

In October 2018, the government announced various initiatives to soften development hurdles in order to help developers deliver the homes that communities desperately need. These included plans to speed up the planning system in addition to making better use of land and vacant buildings. This was eight months ago and I’ve yet to meet a developer that can speak with any great certainty that there is any improvement. While any new initiatives obviously help, it’s not sufficient to just speed up the planning process or indeed make better use of the land and vacant buildings, the planning process needs to ensure that the permission granted produces viable business opportunities which will encourage developers to invest and for lenders to provide debt facilities to deliver the schemes. All too often I find myself presented with schemes which, once you run the numbers, don’t show enough profit.

I went to Australia after obtaining my business degree and decided to come back after four months to start on Allied Irish Bank’s graduate programme, where I was placed in the healthcare lending team in Dublin. I lasted six months, decided banking was not for me, quit the role and moved back to Galway to start a car import business. After a miserable 12 months trying to get that off the ground, I applied for the Anglo Irish Bank graduate programme, got accepted and my first day was 19th June 2006.

If you weren’t in finance, what would you be doing?

My dad would probably have roped me into working in his construction company under one guise or another! I spent my 20s as his financial controller, handling all the tenders, suppliers’ accounts and employees … along with holding down my full-time job in Anglo… But looking back, it was good experience relatable to my current role.