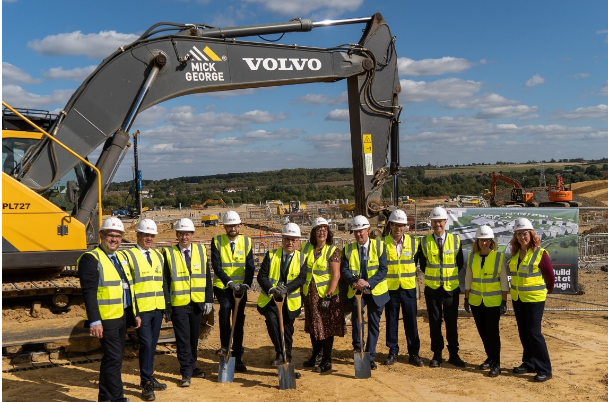 Construction has started at a new prison site in Wellingborough, Northamptonshire, which is set to create 100 new jobs and 50 apprenticeships.

Earlier this year, Kier was awarded a £253m contract for the design and construction of the scheme.

On 17th September, justice secretary Robert Buckland attended the ceremonial groundbreaking event and stated that the new prison would create and support “hundreds of jobs” during and after construction and would be a “major boost” to the local economy.

“The prison will also provide a better environment to rehabilitate offenders and ultimately keep the public safer,” he added.

In August, prime minister Boris Johnson announced that the government would invest up to £2.5bn on creating modern, efficient prisons.

The programme is set to deliver an extra 10,000 prison places, and funding will also bring previously decommissioned prison places back into use through refurbishment and maintenance work.

The new jail at Wellingborough will provide almost half of the 3,500 new prison places that are already being produced.