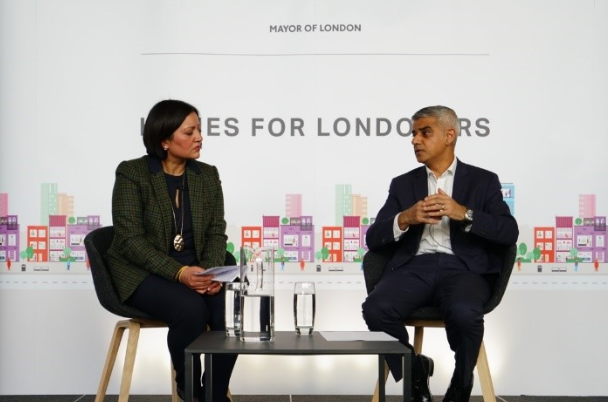 Sadiq Khan has made it clear that council, social rented and genuinely affordable housing must be homebuilders’ priority.

The mayor of London held his first Homes for Londoners conference on 8th October at the Crystal, Royal Victoria Docks, Newham, attracting over 400 representatives from the housing sector.

Picture by Bar Productions and NLA

The event — which featured discussions on how to engage with community groups, developing infrastructure and maintaining high building quality standards — had a community representative included on every panel, alongside speakers from the private and public sectors.

The needs of Londoners were said to be “at the heart” of all conversations.

The mayor stated that he would continue to “lobby government hard” for the money that London needed, but everyone had a role to play — including developers.

“My challenge to homebuilders is not to lose sight of their social responsibilities, and to redouble their efforts to provide the homes Londoners genuinely need,” he said.

Picture by Bar Productions and NLA

Raji Hunjan, chair of the mayor’s London Housing Panel, added that this was a “bold and exciting opportunity” for communities to come together with housebuilders and policy makers to have different conversations about the type of housing Londoners wanted and needed.

The conference also focused on the mayor’s pledge to encourage Good Growth by Design, meaning new developments should benefit everyone who lives there, in addition to being environmentally sustainable, physically accessible and sensitive to the local area.