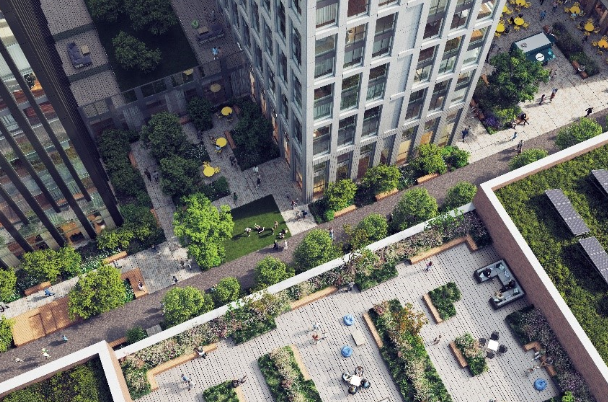 Moda Living and Apache Capital Partners have submitted a planning application for a 722-home BTR development in Birmingham.

The developer has been working closely with Birmingham City Council — the site’s freeholder — to transform the 2.6-acre brownfield site at Great Charles Street into a thriving neighbourhood.

At the end of February, Moda held a two-day public exhibition which was attended by over 175 people.

If the JV partners get the green light, this will be their second site in the city, following ‘The Mercian’ on Broad Street, a soaring residential tower under construction.

“While times are tough for everyone at this time, we believe Birmingham’s future beyond this is bright and, accordingly, we have submitted our plans for the Great Charles Street development — our second site in a city we love,” commented Tony Brooks, managing director at Moda Living.

He claimed its sustainably built BTR schemes were introducing a “completely new way of living and working” and provided more opportunities, amenities, options and facilities than “ever before”.

“The site — currently a car park — will be an exciting new neighbourhood in the prosperity of the city.

“The local authority has been fantastic in helping to guide us on our journey and we look forward to continuing to invest in the city when the present situation improves.”

Moda and Apache Capital’s total investment of £445m will deliver 1,200 homes in Birmingham.

The JV now has £850m of live schemes under construction across the UK, and has attracted £400m in capital, with investment from major UK and US institutional investors such as Harrison Street and NFU Mutual.

“Despite the wider disruption caused by Covid-19, the [BTR] sector remains highly attractive thanks to its defensive qualities and strong fundamentals, with a clear mismatch between demand and supply,” added Richard Jackson, managing director and co-founder of Apache Capital Partners.