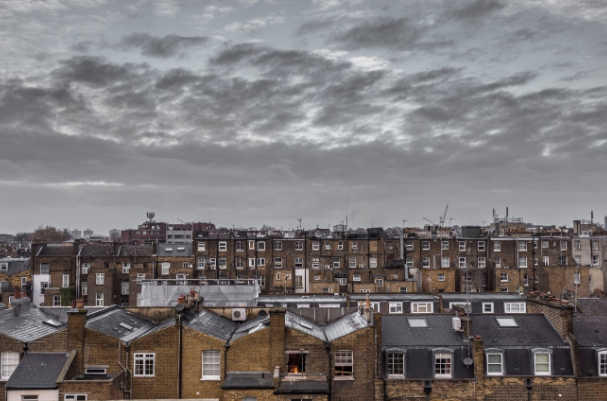 Speaking at the Chartered Institute of Housing’s Housing 2020 Festival on 7th September, Christopher Pincher addressed three “myths” that have surfaced in response to the government’s recent planning reform proposals.

Proposals to overhaul the country’s outdated planning system and transform the way it builds were put forward in the white paper, Planning for the future, on 6th August.

In a speech at the virtual event, the housing minister said that one myth was that the changes would diminish local decision making.

“Actually, our reforms will ensure consultation with local communities from the very beginning of the planning process,” Pincher said.

“Land will be designated into one of three categories: for growth, for renewal or for protection.

“I want to be clear, local communities will play a central role in deciding the future of their areas, helping plan where development should go, what standard it should be and what it should look and feel like.

“Far from removing communities from the planning process, these reforms inject greater democratic involvement into the system.

“We want communities to have their say on setting the plan, rather than reacting to individual applications too late in the process.

“This clarity at the plan stage will also provide certainty for developers who will know what is likely to be agreed before making an application.

“It also encourages all parties to engage in more strategic, proactive planning rather than the tactical, reactive, rear-guard responses that we’ve seen too often in the past.”

Another “baseless charge” levelled at the government’s reforms, according to Pincher, is that they reduce environmental protections for the countryside and undermine the green belt.

“Nothing could be further from the truth,” he commented.

“Our local plan policies require developers to commit themselves to providing – and funding – a vast array of green infrastructure including whole new parks, green roofs, bee bricks and even the planting of community orchards.

“Our reforms will ensure that all new streets will be tree-lined, allowing future development to mirror some of the world’s most iconic and beautiful examples of integrating nature into urban design – from the Heerstrasse of Bonn in Germany to the Champs-Elysees of Paris.

“And on environmental assessments, we want to find a better way of assessing the impact of development on the environment, but we are categorically not weakening any of the existing protections, including our policies on the green belt.”

Pincher explained that the final myth that’s surfaced is that the planning reforms risk levelling down urban areas with too much focus on the South East and too little in the North of England.

“Our longer-term proposals prevent the amount of available land being a barrier to building the homes communities need through prioritising brownfield first and directing development to existing urban areas.

“They will result in an overall increase in the number of homes being built across the whole country while delivering more houses in the least affordable areas.

“When assessing housing need, we are taking bold action which will see enough homes built in the places where people and communities need them.

“That’s why we are proposing revising the number of homes authorities should plan for.

“The proposals in our housing need consultation will increase the supply of land available for new homes to address affordability pressures, support economic growth and foster a more competitive housing market.

“They place a much greater emphasis on affordability because, as a general rule, the least affordable places are those where supply has simply not kept up with demand.

“And this has also resulted in people being prevented from living where they most want to.

“Our proposals fix this problem by equipping councils with the tools they need to build homes where the economy says they are needed the most – where prices are higher and, in many cases, becoming worse.

“Our standard method also identifies the minimum number of homes that a council should plan for without setting a target.

“This means that decisions about where homes go will not be made by central government, but by local people who know their areas best.

“In planning for the future, we are also consulting on proposals for a binding local housing requirement, but we are clear that this would take account of local constraints and needs, including protecting the green belt and maximising existing opportunities in towns and cities.”

Specialist PBSA lender Kinetic Capital, which launched in July this year, has appointed Nick Cussen as its new head of business development....