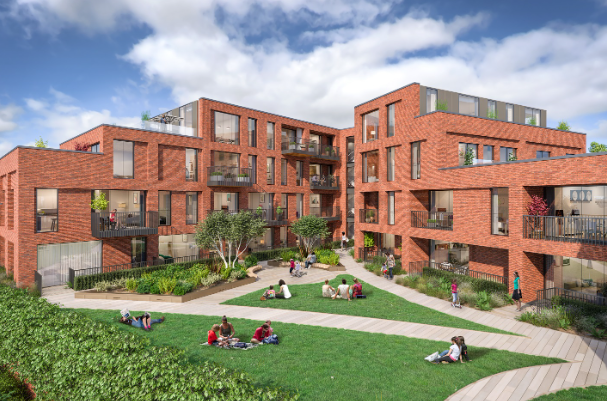 The development is located on the site of The Fox public house in Palmers Green, London.

The facility will be used for the redevelopment of the two existing commercial units and the creation of 54 new one- and two- bedroom apartments, 16 of which will be affordable homes.

One of the existing commercial units has been pre-let to a gym provider.

The second unit — The Fox public house, let to Star Pubs & Bars — will be redeveloped with the retention of the existing façade.

The 0.64-acre site at One Fox Lane was acquired by Dominvs Group in September 2018.

Simon Chapman, lending director at Pluto Finance, said: “In the context of these wider uncertain times, the delivery of the scheme would have been delayed if it weren’t for the hard work of all parties involved.”

He added that Pluto Finance was delighted to have completed the development loan for the new client and looked forward to a long working relationship with the Dominvs team.

Shona Pushpaharan, head of capital markets and investments at Dominvs Group, commented: “With a number of sizeable and interesting parks and a growing number of restaurants and cafes, our development of One Fox Lane will provide the area with a real boost of new homes for sale, along with other amenities.

“Situated less than a five-minute walk from the train station, which provides a 20-minute direct link into central London, Palmers Green has become increasingly sought after by first-time buyers, individuals and families.”

Pluto Finance has been actively lending since 2011 and is currently funding the development of over 2,000 new homes in the UK.