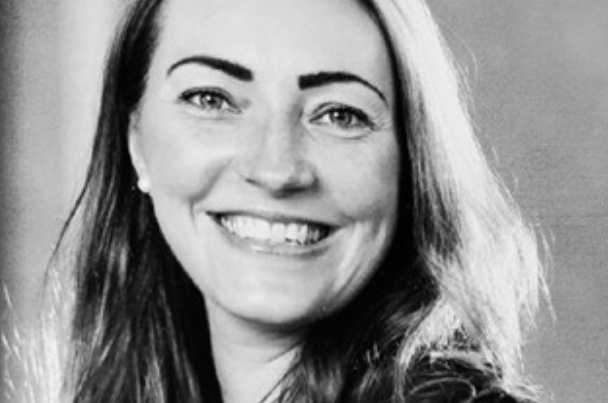 A 2019 report revealed the three main factors holding women back when seeking their first job in construction: unequal growth opportunities (17%), bias towards men in the workplace (33%) and lack of female role models in the field (29%).

In recognition of International Women’s Day today (5th March), director of sales and marketing at Notting Hill Genesis Suzanne Luscombe (pictured above) explained what it’s like to have a career in the housebuilding industry.

Suzanne began her property career 19 years ago, and worked for a number of well-known developers before joining Notting Hill Genesis in 2019.

“I have been in the property sector for as long as I can remember, doing all sorts of roles. I love everything that housing associations are able to offer the community, and am delighted to have utilised my 11 years of private sector experience focusing on the customer journey.

“I joined as head of sales and am now director of sales and marketing, covering everything from private sales to shared ownership — which is busy but great fun!”

Suzanne had always been destined for a profession in property. “I was always going to have a career in property sales; that has been my passion. But, in particular, I wanted to sell people their dream.

“In my job, I get to help people onto the property ladder whether it’s a personal purchase or an investment, which is extremely rewarding.

“My route into property was quite unique. I have family in the business, so had grown up surrounded by the industry in one way or another. When my grandad passed away, my family and I inherited his home, which we let out to a housing association for six years as a source of additional income.

“When it came to selling the house, I instantly knew the potential of the home. My dad gave me permission to take control and I went in with some school friends and decorated it — horrifically!

“I invited the estate agent over who valued the property, and I didn’t agree with the asking price so decided to sell it myself. I was 17. I went to the local fish and chip shop and, after explaining why I was covered in pink and green paint, the owner asked to view the home.

“I showed him around and explained the history. He saw past the horrific paint job and paid me £20,000 over what the estate agent had suggested. That’s where my passion started — and the great thing is, that family is still there.”

Suzanne didn’t attend university and doesn’t have any formal qualifications in the property field. “I didn’t leave school with a degree. I studied Business and IT GNVQs at school which helped me to understand profit and loss, as well as making margins on things; it set me up well.

“I started my career at an estate agency and, within three months, I ended up in Land and New Homes which gave me insight into making surplus on units, build costs and the construction process. Because of this, I know the industry inside out.

“I don’t regret not going to university or achieving official qualifications in the field. For young adults thinking of starting a career in property, there are many routes to choose from; apprenticeships are a fantastic way to learn on the job.”

Discussing her experience of being a woman in construction, Suzanne revealed that, when she started out in the sector, construction was very male led. “The industry has changed massively since — specifically over the last five years.

“I always joked that I was in a man’s world. I was very young when I began working in sales and, at that time, the men were seen as builders and sales was very much a female role. I quickly learnt to assert myself and make sure I spoke up in meetings; I was often overlooked in some of the bigger ones I attended and that was disheartening.

“Early on, when I went onto site , everyone would stare as though they’d never seen a woman before. Thankfully, this has evolved.

“I worked for one housebuilder whose policy promoted equality; if any comments were made about women being on site, the person involved would be disciplined — this was a great step forward.

“Now companies are encouraging women to become site managers, a path that I had originally wanted to pursue. Consequently, this has changed who you see in those meetings and the way management in construction looks.”

For Suzanne, being a woman in construction has been a challenge at times. “The men in the industry didn’t want to help me learn or grow, creating disadvantages. Now, I have proved myself and am respected by men, but it has taken a long time.

“I had some great female role models and mentors in the industry and I wouldn’t be here without them.

“I think if the system had been different, I would have become a site manager myself. Originally, sales and marketing was the natural place for a woman in construction; in a way, we were pigeon-holed, putting build or planning out of reach.

“Notting Hill Genesis has no gender bias; the whole company is inclusive — you can get involved in anything here.”

When asked how construction could be better promoted to young girls, Suzanne concluded: “I would definitely recommend the housebuilding industry to women and girls. It has the biggest set of wings you can imagine. From mansions to flats, the variety of different tenures, planning and sales or after care — there is so much to get involved with.

“Promotion around careers in construction needs to be better; it’s not just building and house sales.  There’s so much more to it and if people understood the conveyancing process, housing associations and the vast variety within the industry, I think there would be more interest from young women.

“There is still progress to made, but it’s not so much a man’s world anymore.”