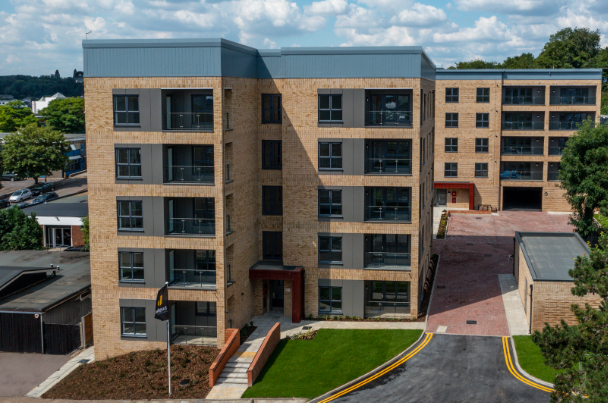 The Poppy and Primrose Court development consists of two blocks of one- and two-bedroom apartments, with on-site parking and some green spaces.

The flats also feature sizeable balconies with views across the town centre and beyond.

The homes will be allocated to people in housing need nominated by Dacorum Borough Council.

The site — a former vehicle mechanics workshop — received planning permission for the residential development in October 2018 and construction began the following year.

This development is one of several projects where the housing association purchased the land directly and entered into a contract to build the homes.

The event was also attended by councillor Margaret Griffiths, who is the portfolio holder for housing at Dacorum Borough Council, as well Hightown Housing Association's chair of the board and chief executive, David Bogle,  the contractors involved in the building of the new development and the former site owner.

"It has been a pleasure working alongside Dacorum Borough Council and the building contractor, Bugler, to deliver this high quality development in our home town of Hemel Hempstead,” said David.

“With welcome support from Homes England, these new homes will provide much needed affordable housing for local people and families who have been priced out of renting on the open market."

Mike added: “There is a real need for safe, high quality, affordable housing and I am delighted to see Hightown delivering homes such as these which will go to those in housing need in Hemel Hempstead.”

Hightown plans to build around 1,400 homes in Hertfordshire, Bedfordshire and Buckinghamshire over the next two years.