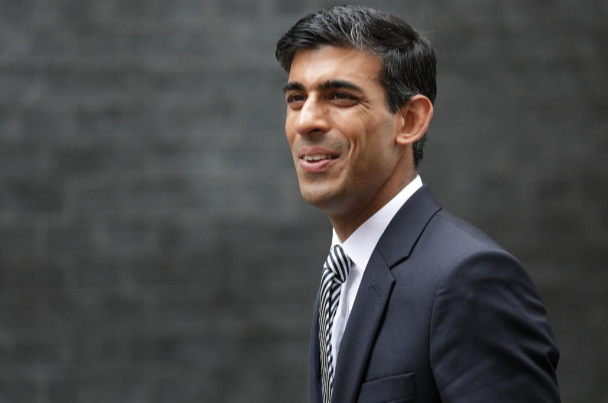 Chancellor of the exchequer Rishi Sunak has today (27th October) delivered his Autumn Budget to the House of Commons.

According to the chancellor, today’s Budget increases total departmental spending over the parliament by £150bn.

Some of the key announcements included the allocation of £11.5bn to help build up to 180,000 new affordable homes — with 65% of funding going for homes outside London — and £1.8bn to support the delivery of housing on brownfield sites across the UK.

The chancellor has also pledged £5bn for the removal of unsafe cladding from the highest-risk buildings, supported by revenues raised from the new Residential Property Developer Tax — a 4% charge for property developers exceeding an annual profit of £25m.

In line with the government’s plans to achieve net zero, Sunak revealed that £3.9bn will be provided to decarbonise buildings, including £1.8bn to support tens of thousands of low-income households to make the transition to net zero while reducing their energy bills.

In addition, the chancellor announced the extension of the Recovery Loan Scheme until 30th June 2022, as well as the allocation of over £1.6bn to the British Business Bank’s regional funds to provide debt and equity finance to SMEs.

Lastly, the government will provide an additional £65m of investment to improve the planning regime, through a new digital system in order to ensure more certainty and better outcomes for the environment, growth and quality of design.

Property and specialist finance industry responds to the Budget 2021

Overall, most property and specialist finance experts have welcomed the additional funding for the removal of unsafe cladding, albeit some believe this is not enough to solve this issue.

Jeremy Leaf, north London estate agent and a former RICS residential chairman, said: “With cladding, the £5bn fund is a step in the right direction, but nowhere near the sums mentioned as being realistic to resolve the problem.

“A proper assessment of what’s involved is required, as well as enough tools to do the job in terms of engineers and surveyors and robust checking.”

Tomer Aboody, director at MT Finance, added: “Cladding is a huge and deeply unfair issue, which is hitting many people hard.

“Making further funds available to deal with the cladding crisis is welcome and will help those homeowners who are unable to sell or refinance due to factors completely beyond their control.

“However, the government must continue to monitor the situation and do more if necessary.”

Mary-Anne Bowring, group managing director at Ringley Group, commented: “A blanket tax on developers is fairer than leaving leaseholders to shoulder the burden, but it is still a blunt instrument to use to fix the cladding crisis.

“Fundamentally, accountability should fall squarely on those who overlooked the potential hazards of unsafe cladding in the first place.

“That those responsible should cover the costs of what is ultimately a multi-billion pound myriad of mistakes is an obvious resolution to anyone, and it’s frankly bizarre that we’re still debating this when recent fire safety legislation provided the perfect opportunity to protect vulnerable leaseholders.

“Instead, those most affected are more unclear than ever as to their obligations, or who to turn to, and are increasingly sidelined in discussions about fire and building safety.

“Replacing unfit cladding systems continues to eat away at the Building Safety Fund at an alarming rate and these allocations only cover high-risk buildings.

“Empowering leaseholders and occupiers with a voice should be at the forefront of future government action.”

When discussing the funds pledged by the chancellor to deliver more affordable homes and to redevelop brownfield sites, many experts welcomed the announcement, although some are sceptical about whether these measures will actually bring results.

Frank Pennal, CEO at Close Brothers Property Finance, said: “I am unconvinced that the £1.8bn investment earmarked to construct homes on brownfield land will evoke the ‘build, build, build’ economic conditions we were promised at the start of the year, as the planning process risks being the fly in the ointment to delivery, and it is unlikely to be tackled until after elections next year.

“Planning aside, we must ensure this £1.8bn is ringfenced, so local and regional SME housebuilders deliver these homes.”

Joseph Daniels, an independent net-zero adviser to the government, and CEO and founder of Etopia Group, commented: "We support the continued priority shown to brownfield land for new housing, but in solving one problem, it's important that ministers don't add to another.

“Ministers must mandate that homes being delivered as part of this fund are some of the country's most energy-efficient in order to avoid future retrofit costs; in practice, that means new homes should achieve nothing less than a B EPC rating.”

Jordan Rosenhaus, CEO at TopHat, added: “The government’s new £1.8bn brownfield fund proves that sweeping planning reforms are anything but dead under Gove.

“The Treasury reckons that 160,000 homes could be built on brownfield land across the UK; however, if anything, these estimations are too conservative.

“Either way, the government is rightly providing an opportunity for developers to transform neglected urban spaces.”

Richard Tugwell, director of distribution at Vida Homeloans, added: “It is great news that the Chancellor has committed £1.8bn to regenerate brownfield sites across the UK.

"This commitment is a clear sign that the government want to provide more people with the ability to own their own home and this latest funding will see 180,000 new homes built,; that’s thousands more families and first-time buyers with a place of their own to call home.

"This will not only help the housing market but will support the construction industry and encourage green housing."

Rod Lockhart, CEO at LendInvest, stated: "With the government still falling short of their pledge to build 300,000 new homes, the allocation of £24bn for housing and £1.8bn in funding to finance more homes on brownfield land is a welcomed move; how this funding will be distributed is key, however.

"What we need to see is the government funnelling this support to SME developers, who must not be forgotten in favour of the large house builders as core contributors to the UK’s housing stock."

“The government is woefully short in its target to build 300,000 new homes a year, so we need to see the detail of exactly how that is to be achieved.”

Stuart Law, CEO at Assetz Group, commented: “We welcome the chancellor’s package of housing-related investment announced in today’s Budget, particularly the provision of affordable housing and improved use of brownfield sites.

"However, given the focus on green grants and the need for housing to become more sustainable in future, the government must do more to support homeowners during this transition over the coming months and years."

He added that, although it was encouraging to see funds earmarked for energy-efficiency home improvements, the current support packages still represent "a drop in the ocean" in terms of ocean in terms of what needs to be achieved, highlighting that more can and should be done to support the move towards greener homes and mass consumer adoption.

While some experts have welcomed the announcements made by the chancellor today, others said they were not impressed by how little the Budget covered the property market.

Marc von Grundherr, director at Benham and Reeves, said: “Disappointing to see such a brief mention for the UK property market in today’s Budget.

“The chancellor has chosen to give the sector a bit of the cold shoulder with just a handful of headline figures, clearly believing his job is done having fuelled house prices to record highs via the recent stamp duty holiday.

“We need more homes to satisfy our ever-growing appetite for homeownership and an insignificant level of brownfield development is more of a slap in the face than it is an outstretched hand.

“It simply isn’t enough and with the government consistently failing to meet their previous housebuilding targets, it will be a miracle if we see a brick laid on brownfield land or a meaningful level of affordable homes delivered in our lifetime.”

“Today was no different and, reading between the lines, we can expect to see it continue to over-promise and under-deliver in its attempts to address the housing crisis.

“The only bone thrown to a nation of ravenous homebuyers starved of housing stock has been a scrap of properties built on brownfield sites.

“Even if the government does make good on its promise, it’s just a fraction of what they could, and should, be building.”