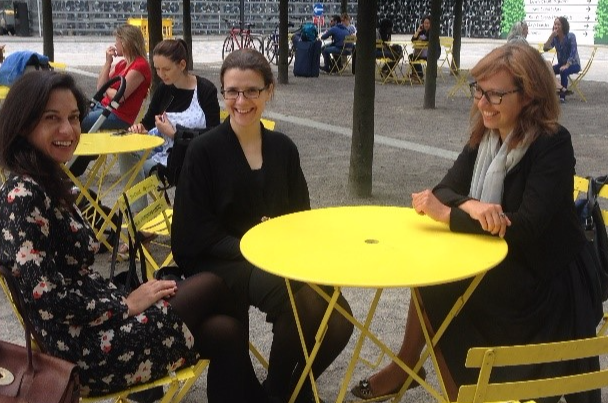 The construction industry could fill the widening skills gap by attracting more of the other 50% of the population.

At a recent breakfast business meeting held by the National Association of Women in Construction (NAWIC), it became clear that the staggering construction skills shortage could start to be addressed by simply making the roles within it appealing to both sexes.

According to NAWIC, around 400,000 skilled workers left the industry during the recession and now approximately one in five are approaching retirement age.

The Construction Industry Training Board also reported that over 230,000 new construction jobs would be required by 2020 following demand spurred on by the national housing crisis.

Considering just over 7,000 people completed a construction apprenticeship in 2013, with only a 2% increase in 2014, the 44,000 jobs-a-year target looks more than slightly out of reach.

However, NAWIC is on a mission to boost the figures by encouraging more women to enter the sector.

Why are so few roles held by women in the construction industry?

Currently, only 14.1% of the professional construction workforce is female, representing 207,564 individuals.

Only 1.2% of them work with manual tools.

The Union of Construction, Allied Trades and Technicians stated that the Office for National Statistics felt the number of women working as roofers, bricklayers and glaziers was so low that it was unmeasurable.

In terms of the roles held by women in the construction industry, the majority are in back of house, consultancy and administrative positions.

Kathy Basheva, head of development at NAWIC, said that the problem stemmed from the career choices girls were presented with at school.

“If you are a girl, immediately you are pushed towards social sciences and social work … [and] not perceived as [having] a serious career choice in the construction industry.”

“One of the key problems is that the industry is seen as a harsh, dirty industry,” added Cristina Lanz Azcarate, chair of NAWIC’s London & South East Committee.

“What we need to overcome is that kind of traditional expectation of what the industry is about and actually put as many role models as we possibly can out there, [showing] that they don’t look like that, so that people can see the real face of the industry.”

Statistics show that women are expected to make up only a quarter of the construction industry by 2020.

NAWIC is currently creating a photographic book in collaboration with architectural photographer Morley von Sternberg, which will represent the diversity of inspiring female construction workers from all corners of the industry to depict that all roles are accessible to both genders.

“It is a false perception that as a woman you can’t be an electrician as you have to lift heavy things,” Kathy explained as an example.

“Nowadays, with health and safety manuals, no one needs to lift anything on their own, so it is a false perception.”

As well as exposing more young women to role models within the industry, NAWIC is set to undertake initiatives such as developing new safety gear that is, finally, suitable to fit both genders, educating the educators on how to present equal career choices, offering roundtables to get students talking and to steer employers away from unconscious gender bias.

According to ONS statistics for Q2 this year, there were 861 more construction jobs allocated to males than their female counterparts.

Cristina said the main problem with the recruitment system was the discriminatory language used when advertising for employees.

“There are key figures in the wording that, if you are part of a minority or if you are a female, you [would] automatically discount yourself from applying.

“The language has to be addressed by the recruiters for a start, so that they are getting the maximum level of diversity in applicants.”

As a result, some construction companies are taking on diversity non-bias training so that employers can fully focus on the skills that are required for the job and not the gender.

Should there be a gender quota?

Previously, the London School of Economics and Political Science had recommended the introduction of mandatory legislative-backed quotas to ensure greater gender balance in decision-making positions.

This was met with both praise and criticism.

“However, it does serve a purpose, [in] that it brings the challenge [to the] surface and it also makes [companies] more aware of the problem and more creative in the ways that they need to attract employees into the industry”.

This includes going outside the normal recruitment routes in order to fill the gender gap.

What is the retention rate for women in the construction industry?

As well as there being issues with attracting women into construction, once they are there, it can be just as difficult to keep them in the industry.

Too many women change career due to a lack of flexible working practices, an unclear sense of purpose and insufficient career support within the sector.

For example, the number of women in senior construction roles has only grown by 10 percentage points in the past 11 years. That’s less than one percentage point per year.

“…We think the industry is not doing enough [to] progress these women to really achieve in their careers,” Marianna said.

“What we find is after middle management, very, very few women actually get to the next level and become top management and become part of the board.”

To combat women leaving the sector, NAWIC has partnered with the FLUID Diversity Mentoring Programme to encourage and nurture talent, share knowledge and empower people to talk about their aspirations and difficulties in professional life, which Mariana concluded was where the “real change” needed to happen.