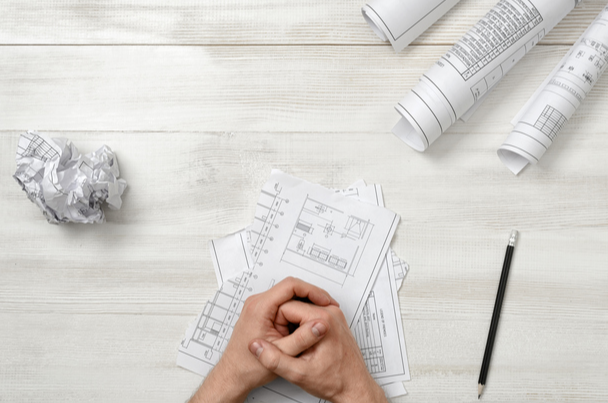 The planning system has once again come under fire following a report which discovered that many London homes were not being built despite obtaining the necessary permission for their construction.

The Fifty Thousand Homes campaign found that since 2014, 36% of the 50,000 flats and houses which had been granted planning permission in London had not been built.

The campaign also revealed that it could take around three years to get from planning permission to homes being completed.

Ashley Ilsen, head of lending at Regentsmead, felt that just because planning permission was granted on a site, it did not necessarily make the project feasible.

“There are other factors, such as supplies, labour, legal issues such as access or even the local demand that means the project may be unviable or even inefficient to build out even though planning has been granted.

“We do regularly see Regentsmead clients go back in for amended planning and sometimes sit on sites with planning before triggering them at the last minute in order to manage their workload.

“The planning process is still one of the biggest obstacles that is holding back much-needed housing stock from being built and there are certainly improvements that are needed in this area.”

“The first is planning permissions: many local authorities are still restricting the height and massing that developers are allowed to build, while imposing draconian s106 and affordable housing requirements.

“The second issue centres around delivery.”

Larger developers have been warned about land banking sites, but Michael had some sympathy for these developers.

“You cannot blame these developers for ‘land banking’ and limiting the release of units to the market so that unit prices inevitably rise or stay the same, because the developers will have had to pay a lot for the land and will have invested millions into the planning process in the first place.

“Brexit and all the tax changes over the past three years have hurt demand and this will have a knock-on effect for supply.”

Rico Wojtulewicz, policy adviser at the House Builders Association, felt that for too long London planning had favoured volume developers.

Some homes remain unbuilt despite having planning permission

“Now at capacity, these developers are unable to complete or, in some cases, even start their developments.

“The solution is to recognise 20 years of regional failure and encourage the entire housebuilding industry to build.

“The mayor could set out compulsory purchasing of land or modify planning permissions to encourage completions, but this would still not solve the supply challenge because planning gain too often outweighs housing need.”

James Bloom, managing director of development finance at Masthaven, also felt there were a number of issues which affected housebuilding in the capital.

“First, years of planning difficulties lie at the heart of the problem – they continue to stagnate the building process and ongoing planning issues urgently need addressing.

“Then, changes to buy-to-let properties were introduced last year – such as stamp duty and tax measures – which made the top end of the market difficult, depressed capital growth and returns to make certain housebuilding schemes less viable in the city.

“Finally, I think [a] lack of finance for SME housebuilders is seriously affecting the supply of new homes.”

Does the government need to do more to support developers?

James urged developers to seek alternative methods of finance such as from challenger banks, while Michael proposed a series of solutions:

1.    Increased subsidies to housing associations so they can compete more effectively with volume housebuilders for sites
2.    Grant the private rented sector (PRS) its own planning use class and exempt PRS schemes delivering over 250 units from affordable housing
3.    A 12-month window where consented, but unbuilt, sites can automatically increase height by 20% (with no extra affordable housing) provided that the units are completed in 24 months
4.    A fixed, but realistic, affordable housing provision of 20% per site, thereby eliminating the usual to and fro with planners and speeding up consents
5.    Revise stamp duty rates for London properties.

Ashley concluded by adding his suggestions on how to improve the planning system.

“Among these could be a requirement to actually build out the approved development rather than having planning triggered by simply ‘putting a spade in the ground’ as many permissions stipulate.

“At Regentsmead we have previously consulted with DCLG [Department for Communities and Local Government] to discuss implementing fundamental changes in the existing planning system.

“However, we are yet to see any genuine focus on this area from the current government.”