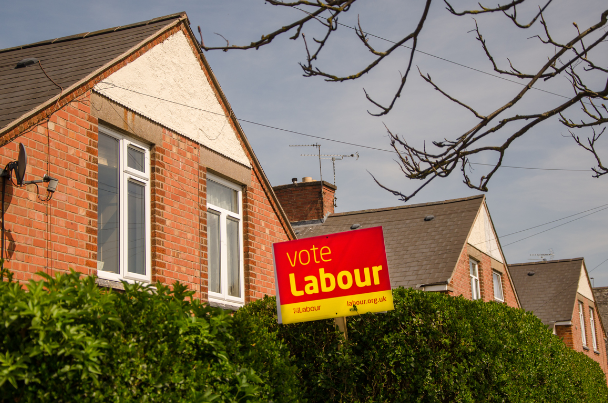 The Labour party has proposed significant measures to increase housebuilding in its 2017 manifesto.

Labour has pledged to make the building of new homes a priority through a £250bn National Transformation Fund, proposing an industrial and skills strategy that would boost the construction workforce.

The manifesto said Labour would overhaul the Homes and Communities Agency to be a housing delivery body and give councils new powers to build homes.

The party also vowed to remove government restrictions to council housebuilding and begin, what it claimed, would be the biggest council building programme for at least 30 years.

Jeremy Corbyn, leader of the Labour Party, said: “Let’s build a country where we invest our wealth to give everyone the best chance.

“That means building the homes we need to rent and buy, keeping our communities safe with more police officers, giving our children’s schools the funding they badly need, and restoring the NHS to its place as the envy of the world.”

Labour pledged to remove the Conservative government’s ban on long-term council tenancies in order to give council tenants security in their homes.

This was in addition to commitments to build thousands of low-cost homes reserved for first-time buyers and guarantees on Help-to-Buy funding until 2027.

The party intends to give leaseholders security from rip-off ground rents, as well as putting an end to the bedroom tax.

Brian Berry, chief executive of the Federation of Master Builders, said: “Labour’s pledge to integrate housing and skills policy is the right approach to tackling two of the key challenges we face in the building industry.

“We are building too few homes in every part of the UK and this problem is exacerbated by the construction skills shortage.

“While Labour’s ambitious targets on house building, to be delivered partly through its National Transformation Fund, are welcome, there is little to address the fundamental issue of industry capacity.”