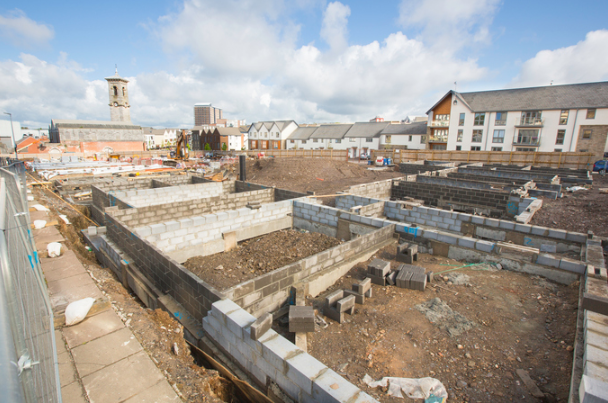 Regulation from the Competition and Markets Authority (CMA) within the housebuilding industry would be a bad thing, a development finance lender has warned.

Last month, a report from the Communities and Local Government Committee found that the eight largest housebuilders build over half of all new homes.

The CMA completed its final report into retail banking last year to introduce reforms so that smaller banks could compete more fairly.

So would a similar report be a welcome boost for the housebuilding industry?

“… CMA regulation - aside from large developer M&A activity - would be a bad thing,” Michael Dean, principal at Avamore Capital, said.

“It could lead to a sharp reduction in completions and investments in the planning system for large-scale developments that are desperately needed.

“In this instance, incentives and subsidies are much better than regulation.”

“Regulation stifles markets, it does not free them up.

“To level the playing field, we need to redress the balance by enabling SME builders access to land, reducing the bureaucracy and delays in obtaining planning permission and providing access to credit.”

Sam explained there was an almost universal agreement that there needed to be additional competition in the housing market and a change to the status quo where the eight largest housebuilders build over half of new homes.

“We need to get the SME developers building again and I fundamentally believe without a rejuvenation of SME house builders it won’t be possible to build the large number of new homes required.

“SME builders need the government and local councils to reduce restrictions, confront nimbyism and ease the planning and regulatory burden.

“Critically, SMEs need access to finance as they simply don’t have the balance sheets that large housebuilders have.”

Rico Wojtulewicz, policy adviser for the House Builders Association, added: “The best way to improve competition between housebuilders is to enable opportunities for all developers.

“This can be achieved by simplifying planning, tackling the spiralling cost of land and accepting appropriate development.”

Meanwhile, Michael said that although completion from volume housebuilders for large scale developments was strong in theory, ultimately it could operate much like a quasi-cartel as developers with a full pipeline may not bid as aggressively as those with spare capacity.

“Furthermore, housebuilders are not incentivised to deliver units as quickly as possible and accordingly drip-feed units to the market to keep sales prices higher.

“If another developer is delivering in competition, national/volume competitors will be careful to release to the market only so many units in aggregate that would support high sales prices.

“Opening up public brownfield sites to developers beyond the 20 or so ‘usual suspects’ would be a good start in giving SME developers the opportunity to access large volume sites which they might otherwise be excluded from.

“Further steps might also be helpful such as subsidised government funding via the HCA [Homes and Communities Agency] to SME developers that might go some way to levelling the playing field.”