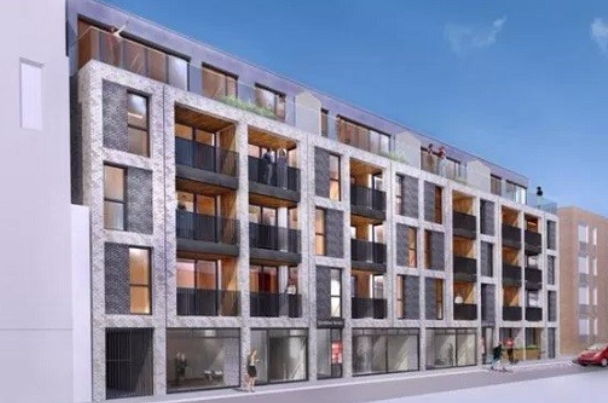 OakNorth has completed a £10m debt finance deal to a property developer working on a mixed-use development in Hackney with a gross development value of £16.5m.

The bank partnered with Cogress – which provided a further £3m of equity to URBANISTA – to allow the developer to purchase a vacant office block and develop it into a five-storey building with 24 apartments and office space.

The property is located less than a minute’s walk from both Hackney Central and Hackney Downs train stations in an area where house prices have risen by over 70% since 2012.

URBANISTA has worked on projects across London with a combined gross development value of £230m, including Wheat Wharf in Shad Thames, the Jam Factory by Tower Bridge Road and 11 Netherhall Gardens in Hampstead.

“We are delighted to have the support of both OakNorth and Cogress on this transaction – Hackney has become an increasingly popular area in recent years and is in desperate need of new housing,” said Michael Nagata, partner and director at URBANISTA.

“As a developer focused on unlocking a property’s unique potential, we are excited to be working on this mixed-use development and look forward to its completion.”

OakNorth has lent over £165m in property finance so far this year and has a further £160m of property deals in the pipeline.

“The first half of this year has been phenomenal for OakNorth – we’ve closed over 30 property deals with several more being credit-approved and transacted,” said Ben Barbanel, head of debt finance, and Damien Hughes, property finance director, both at OakNorth.

“URBANISTA has a proven track record and a strong model that has enabled them to build an impressive portfolio in a very short space of time.”

OakNorth has partnered with property investment company Cogress on a number of deals and Tal Orly, founder and CEO of Cogress, said it was really excited to be adding this investment opportunity to its growing and diverse UK portfolio.

“With more than 40 projects in the UK, with a GDV of over £800m and more than £130m of equity raised, Cogress has built a strong reputation for matching carefully vetted opportunities with qualified investors.

“We are delighted to be working with the ambitious and experienced URBANISTA Group and partnering once again with OakNorth to bring this attractive new investment opportunity to our network of more than 4,500 qualified investors.”