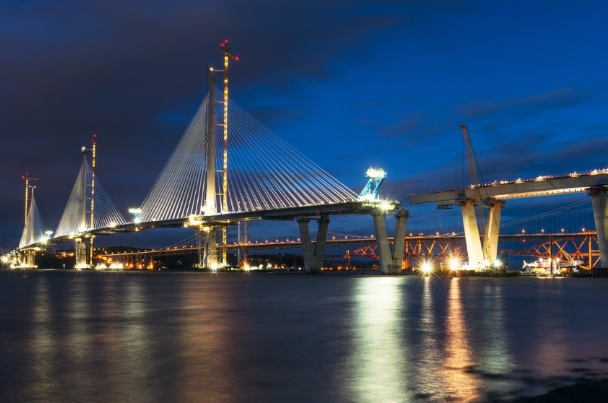 The Queensferry Crossing in Scotland has been officially opened by first minister Nicola Sturgeon and Her Majesty the Queen.

It is now the tallest bridge in the UK and required 150,000 tonnes of concrete, 23,000 miles of steel cabling and 19 million hours of labour.

The first minister said: “It will improve journey times, and bring benefits to families and businesses – not just in Fife and the Lothians, but across Scotland.

“It is already attracting global attention.

“Together, the three Forth bridges will bring people from around the world to admire their ingenuity and their beauty.

“It is an honour to have Her Majesty the Queen opening the new bridge for Scotland’s communities, just as she opened the Forth Road Bridge, linking Fife and the Lothians.”

The Queen, accompanied by His Royal Highness the Duke of Edinburgh, unveiled a plaque officially declaring the Queensferry Crossing open.

The ceremony featured a traditional folk performance by singer Karine Polwart and the recital of a poem by Scotland’s makar Jackie Kay.

There were also performances from KT Tunstall and King Creosote as well as two flypasts by the Red Arrows across all three bridges, while a flotilla of around 90 crafts sailed below.