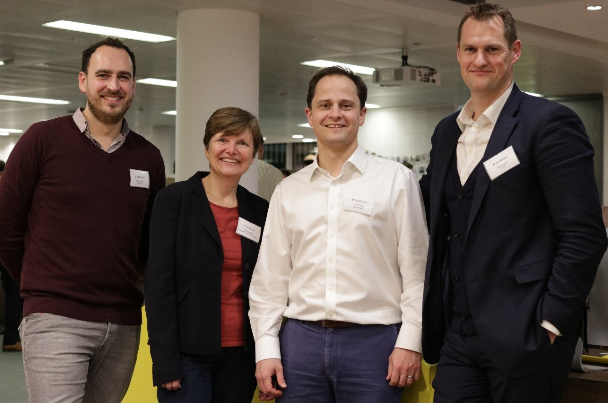 Dan Hughes of the Royal Institution of Chartered Surveyors (RICS) (pictured above, right) has topped LendInvest’s PropTech Influencer List for 2017.

Dan – who is the director of data and information product management for RICS – has been recognised for his commitment to initiating debate and the promotion of proptech globally.

The PropTech Influencer List recognises the 25 people who have done the most to develop the understanding, reach and benefits of proptech in the global property market.

This year’s list was compiled in association with the UK PropTech Association (UKPA).

Eddie Holmes, chair of the UKPA (pictured above, left), and James Dearsley, the proptech consultant who was ranked number one on last year’s list, joined LendInvest to judge and rank the nominations.

In fourth place was Gary Chima, the organiser behind Future:PropTech events, and in fifth was Dominic Wilson, managing partner of proptech start-up incubator Pi Labs.

Christian Faes, co-founder and CEO of LendInvest, said: “We were staggered by the hundreds of nominations we received this year, not just in the UK, but from overseas too.

“As digital transformation in property becomes more universally accepted, its influence is becoming borderless, and that’s reflected in this year’s list.”

“The list is increasingly helpful for property firms looking to understand the proptech industry better, and understand the opportunities it can offer them.”