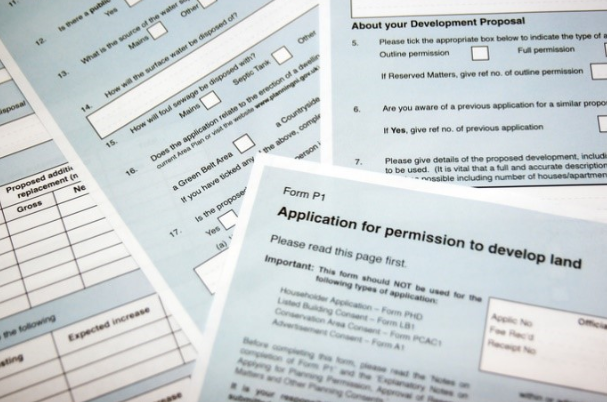 The change came into force on Wednesday (17th January) and the new regulations will also introduce a new fee of £402 per 0.1 hectare for permission in principle applications.

Authorities will have the ability to charge for applications for planning permission following the removal of permitted development rights through Article 4 directions.

A fee of £96 for prior approval applications to permitted development rights has also been introduced.

These include the rights for the installation of solar PV equipment on non-domestic buildings, the erection of click-and-collect facilities within the land area of a shop, the temporary use of buildings or land for film-making purposes and the provision of temporary school buildings on vacant commercial land for state-funded schools.

Gareth Belsham, director and national head of building surveying at property consultants Naismiths, felt the increase would be judged according to the motives behind it.

“If the purpose is to employ more planning staff and so relieve pressure on Britain’s notoriously clogged planning system, it’s likely to receive a warm welcome from the industry for helping ease development.

“But if it is seen as a mere ploy for town halls to line their squeezed coffers, it’s likely to raise hackles among property professionals.”

Alexander Moss, operations manager at Zorin Finance, added: “As the old adage goes: ‘Time is money’, and for the vast majority of developers the delay and uncertainty caused by the planning process is far more onerous than the cost.

“If the 20% surcharge is used to speed up the process, provide extra guidance for developers and invested in improving the resources available to planning departments, then it is well worth the money and will benefit the whole industry.”

Paul Markovitz, partner at Argyll Property Partners, felt the increase wouldn’t have much impact on the number of planning applications.

“Planning fees are a small cost relative to the overall cost for a development.”

“It may deter some aggressive/speculative applications that have no chance of success (so could result in more affordable housing, for example, as developers are pushing less hard on this front).

“[However,] it may put off some cash-strapped developers on smaller or more marginal schemes.

“On the whole, an extra 20% in planning fees won’t change developer behaviour that much, though.”

Michael also felt it would be a positive move, overall, if the increase in fees was used to support planning departments, but didn’t think it would fix the “broken” planning system.

“Professional local planning officers can recommend to layperson planning committees (based on national and local planning guidelines) approvals for schemes, but local politicians can reject the applications.

“The developers can then appeal (successfully) further clogging up the system, when appeals should really be reserved for marginal cases, not applications which should have been passed at local authority level.”

Gareth was also critical of the system, adding: “Under the current statutory timeframe, most planning applications should be decided within eight weeks.

“But overstretched planners often ask applicants if they can have longer to decide on a development.

“Few developers would refuse such a request for fear of their application being treated adversely.

“I would like to see a quicker turnaround of planning applications and clearer information.

“Our development process needs reform, but it remains to be seen whether this is something people are prepared to pay extra for.”

Archor teams up with Ascertus to improve document management function

Construction law firm Archor LLP has selected Ascertus Limited as the firm’s technology adviser and implementation partner as part of its investment in a best practice approach to the business-critical document management function....

Hayfield has acquired a prime 6.75-acre site in the Buckinghamshire village of Little Kimble to deliver 40 eco-friendly luxury homes....