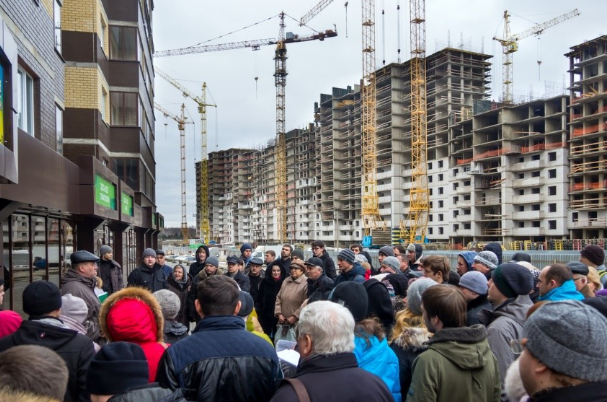 The commonhold system has been active for over 13 years but is rarely mentioned within the property development finance market.

The system was first introduced in 2002 as an alternative to the long leasehold system, but it only came into effect on 27th September 2004 through the Commonhold and Leasehold Reform Act 2002 and the Commonhold Regulations 2004.

The commonhold system allows freehold ownership of individual flats, houses and non-residential units that are within a building or an estate, but unlike a leasehold agreement, the ownership isn’t limited by time.

The rest of the building or estate which forms the commonhold is collectively owned and managed by the unit-holders through a commonhold association.

According to conveyancers Homeward Legal, commonhold is rare, with an estimation of less than 50 blocks across England and Wales (as of October 2017).

How does the property development sector view the commonhold system?

Scott Marshall, managing director at Roma Finance (pictured above), said: “Commonhold is still quite rare, so we don't come across these cases very often.

“But they have a number of advantages for resident owners in blocks of flats.

“For example, commonhold does not depreciate towards the end of the underlying lease term; and it gives the commonholder residents the ability to make their own decisions on how maintenance to the common parts of the building [is] covered by the commonhold.

“The common elements of these properties are usually areas [such as] hallways, lifts and roofs etc.

“From a lender perspective, it makes sense that such works can be self-determined by residents as they are on the spot and likely to be very aware of any maintenance required."

Gareth Belsham, director at national surveyors Naismiths (pictured above), believed that the commonhold had two key advantages over a leasehold property for residents.

“But the real appeal emerges over time, as there is no underlying lease – which is effectively a depreciating asset.

“Leaseholders can struggle to sell a property with a short-lease period remaining, forcing them to negotiate a new lease with the freeholder – which can be very expensive.

“Equally, for a would-be owner looking to buy a leasehold property with a short lease remaining – which lenders frequently deem to be less than 50 years – it can be very hard to get a mortgage.

“With leasehold tenure facing a bit of an image problem, developers are increasingly considering commonhold as a way to charge a premium on units.

“But this decision is likely to boil down to a choice between a higher initial sale price for a commonhold property versus the ongoing revenue offered by a leasehold home.

“So far, the latter option has proved the [more] popular.”

Gareth explained that commonhold’s advantages primarily impacted residents rather than developers, which may explain why uptake on new projects had been modest.

“While existing blocks of flats can technically be converted from a leasehold to a commonhold tenure, this remains very rare – with a share of freehold structure being the norm.”

David Martin, chief operating officer of online estate agency Hatched (pictured above), stated that despite the commonhold system being in place for a number of years, it had not been popular so far.

“…We’ve seen a very slow uptake on the development of properties of this nature, therefore, we don’t see as many commonhold properties being sold as we do leasehold.

“[As] with most things, there are always two sides to every situation.

“For our prospective purchasers, the opportunity to buy a property that has no decreasing lease or a demanding management company to pay ground rent to is an attractive proposition.

“In 2016, I personally had to find £21,000 to renew a lease on an apartment built in 1974 – any property owner would want to avoid this, providing that the common areas are well maintained and there is a professional and well-run management structure to keep everything clean and up to date.”

David continued: “For developers, it is a slightly different story.

“Developing apartment blocks with the opportunity to retain ownership of the land, charging ground rent, insurance and administration costs every year is extremely attractive and creates a long-term return on investment.

“There is also the added bonus of future lease renewals, which in many cases prove [to be] extremely profitable.”