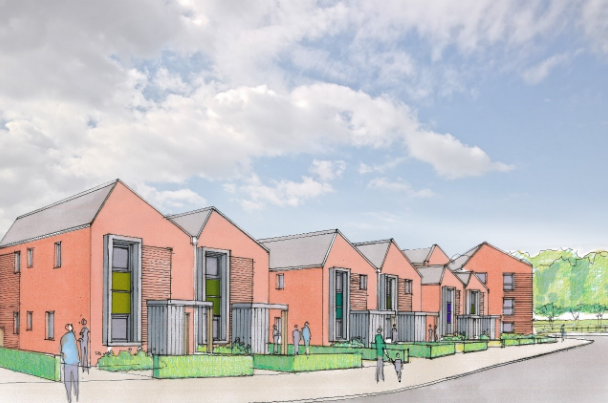 Leeds City Council and United Living have submitted a planning application for what is claimed to be the UK’s largest fully modular council housing and apartment scheme.

The plans for the development at Leeds Meynell in Holbeck will see 28 homes constructed in less than nine months, with the first residents moving in by early 2020.

United Living has been named as the principal contractor for the scheme and will work in partnership with Premier Modular and William Saunders Architects.

The average construction time for a scheme of this size is said to usually take almost 24 months.

The manufacture of the homes is planned to start in late spring 2019 at an off-site facility in Brandesburton, East Yorkshire.

Once completed, the development will comprise 14 apartments across two blocks, alongside 10 individual two-bedroom homes and four, three-bedroom homes.

Premier Modular will create each entire module off site, adding brickwork cladding, roofing, and placing the finishing touches to the exterior frames before transportation to Leeds.

“Without compromising on quality, the speed of delivery will really set this project aside and — with radical solutions needed to fix the UK’s national housing shortage — this could be a trailblazer for others to follow.

“If all goes to plan, from concept to completion we’re looking at almost halving the time it would take to construct these homes through traditional methods.”

Cllr Debra Coupar, executive member for communities at Leeds City Council, added that it was delighted that this flagship project had reached this critical stage and was looking forward to delivering these homes on site.

“This project is a modern method of construction, changing the delivery of our housing and allowing for us to develop housing opportunities that our residents and communities want and need.

“We’re looking forward to seeing the houses once they are completed.”

Some 89% of local builders have had to delay jobs due to a lack of materials or skilled tradespeople, according to the latest State of Trade Survey from the Federation of Master Builders (FMB)....

GBB has received its authorisation with restrictions (AWR) UK banking licence from the FCA and PRA....