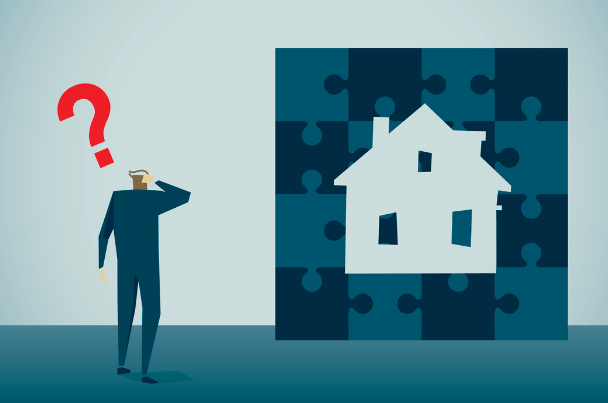 In the spending review period of 2008–11, the government raised its funding allocation to the Housing Corporation — for the increased delivery of affordable housing — to £8.4bn.

However, according to a recent report from the Institute for Fiscal Studies (IFS), spending on planning, development and housing services fell by more than 50% between 2009/10 and 2017/18.

As a result, Development Finance Today asked industry experts how the sector could be impacted and how it could respond.

Is there an ideal market replacement for social housing?

Graeme Walker, head of lending at Hampshire Trust Bank (HTB), claimed that, while there was no ideal market replacement for social housing, there were other potential products that could “complement” it.

“If we rule out UK governments building local authority-owned housing, then the solution needs to come from the housing associations and the private sector.”

He added that the Help to Buy initiative had supported first-time buyers to get on to the housing ladder, while starter homes could prove to be an “excellent alternative” to affordable housing with added economic, social and market benefits.

“A desire from young people to buy their own home — and providing them with the ability to do so — is essential to sustain an effectively functioning market,” he explained.

Boris Worrall, group chief executive at Rooftop Housing Group, believed that there was no other model as “strong or focused” as social housing, for the market.

This was a view shared by Daniel Norman, co-founder and CEO at Aprao, who stated that there was “no ideal replacement”.

“...The key going forward is to provide a range of units of different specifications to cater for the variety of purchasers or renters in the market,” he added.

Are there considerable risks involved in this area of development finance?

Robert Collins, co-founder at Sirius Property Finance, believed that many lenders in the sector shied away from property which housed vulnerable tenants, due to “concerns over reputational risk”.

“...The stock answer is that [lenders] do not want to have a default situation that results in a repossession and having to evict vulnerable tenants.

“In reality, if lenders have undertaken the normal affordability checks there shouldn’t be any additional risks with this type of funding, just a more difficult situation should the loan default.”

In terms of housing vulnerable tenants, Boris explained that although there were risks involved, they could be managed.

“...Depending on demographics, I would say only maybe 5–10% of [Rooftop Housing Group’s] customers could be classed as ‘vulnerable’, and we are aware of them and manage the risks and provide extra support, advice and so on.”

How will further cuts impact the wider development finance sector?

Nicole Bremner, founder of East Eight, claimed that the link between the continued housing crisis and planning decisions seemed to be “disconnected” when reviewing fiscal policy and allocating budgets.

“While there is a shortage of affordable homes, planning budgets have once again been slashed by 50%.”

Despite, she added that, in recent years, the proportion of major and minor applications that “were decided in time” had risen.

“This has increased to over 85% up to 2018, which should result in an easing on housing requirements over the next three to five years as these schemes are delivered.

“The risk now is that with [a] halving of the budget, we’ll once again find ourselves in a place where decisions are taking far too long, and developers are unable to deliver the housing required.

“The knock-on [effect] — relevant to the development finance sector — is that with fewer developments being approved there are fewer funding requirements.”

Nicole also highlighted the need for lenders to be “more innovative” in their product offering to attract developers in an increasingly competitive market.

“Developers will be looking for earlier stage indications of finance and will only be applying for planning with schemes that they know they can fund,” he explained.

Graeme claimed that the planning process would “feature heavily” if HTB asked its borrowers for the top reasons why sufficient houses weren’t being built.

“Any cuts to this — without a corresponding improvement in the efficiency of the system — is likely to further reduce the supply of new housing in the UK.”

According to the government's recent independent review into planning appeal inquiries, the process can take nearly a year to complete from lodging the appeal to a decision for inspector-decided cases.

So, what’s the likelihood that the private development finance market will effectively solve the affordable housing shortage?

“Developers are operating for profit and so there is no altruistic intention from them to solve the affordable housing shortage,” said Robert.

However, he did underline the potential importance of modular and non-traditional construction methods.

“In the wider market, traditional lenders are less keen to mortgage these types of properties, but it could potentially be a solution to replace the old-style council housing.”