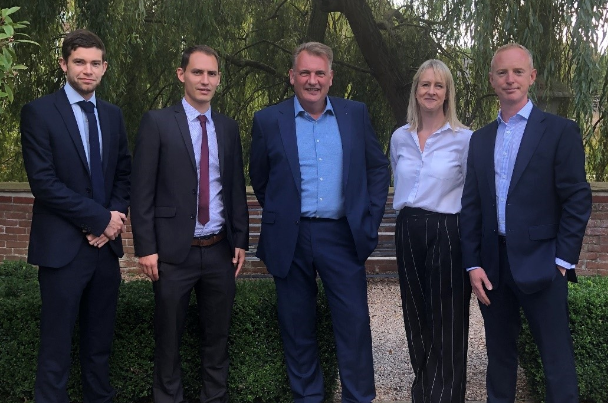 Eddisons has announced that it has added a three-strong Cambridge team to its building and project consultancy division.

Gary will head the Cambridge team, while Ryan and Andrew have joined as building surveyors.

“These are exciting times for the team as we expand our scope and geographical coverage,” said Ian Harrington, partner and national head of building and project consultancy at Eddisons (right).

The new team — which will initially be based out of Barker Storey Matthews’ (BSM) Huntingdon offices until new Cambridge premises are secured — builds on Eddisons’ growing presence in education and the wider public sector.

Earlier this year, the firm secured more than £20m of funding for 50 UK schools in the government’s latest round of condition improvement fund announcements.

It was also recently appointed to the Homes England Framework, which is designed to help speed up housebuilding across the country.

Ian explained that its work in the education sector would now have an “even greater geographical reach and expertise” and, with the new recruits, it would gain “further leverage” in both public and private sector markets.

Jenny Fram, head of business development (second right), added: “Eddisons is going from strength to strength and growing rapidly as a firm.

“With our new Cambridge team in place, we are looking forward to developing relationships with clients across East Anglia and the South East.”