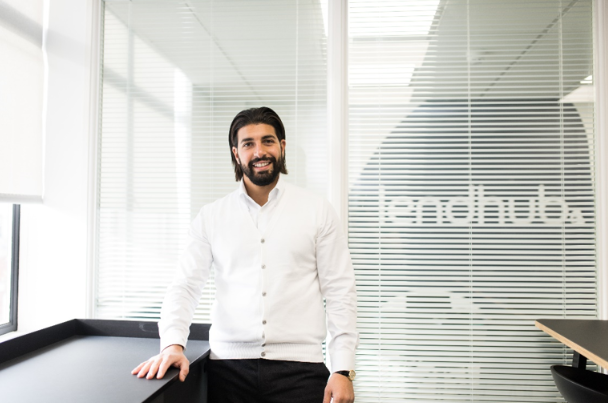 Lendhub has announced that it will now offer mezzanine funding following the completion of a £1.6m mezzanine facility.

The finance will be used to convert a large commercial unit into 248 apartments in south east Birmingham.

The development is situated close to shops, amenities and multiple train stations, which Lendhub believed made it an attractive investment prospect.

The total facility is in excess of £35m and has been co-funded by two other lenders.

Outside shot of the south east Birmingham development

Christopher Adamou, managing director at Lendhub (pictured above), commented: “Following the completion of our second mezzanine facility this year, we are now pleased to officially offer the product to our brokers and look forward to this opening the doors to work with more quality developers.”

The mezzanine product will offer loans of up to £5m, with rolled interest of up to 85% LTV and a loan term of up to 24 months.

This news follows the company’s recent announcement of collaborating with Aldermore and Proseed Capital on a £34m development deal in Canary Wharf, to transform a commercial property into 99 micro apartments and nine new-build units, with a GDV of £55m.

The facility was majority funded by Aldermore, which provided £29.6m, making this its biggest property development deal to date.

myLendhub removes the need to re-key information on applications by pre-filling form fields from the enquiry stage.

Users will also be able to view and accepts DIPs, HOTs and email documentation directly to clients for digital signature.

Octopus Real Estate, has strengthened its development lending team with the appointment of Andy Scott (pictured above)....

Paragon Development Finance has provided Sterling Rose Homes with £6.5m of funding to support the creation of new apartments and commercial space on the site of a derelict pub in Norwood, south London....

Zorin Finance has entered the North East region with an £11m loan to an experienced, local developer....

For decades, prime ministers and governments of both major parties have grappled with the challenge of delivering a housebuilding revival in England....

The New Homes Quality Board (NHQB) has published its draft new code of practice for housebuilders for a four-week public consultation....

Homes England has appointed Peter Denton (pictured above) as its new chief executive....

Adair has announced that its founder and CEO, Justin Sullivan (pictured above), has been named as the new chair of the Construction Industry Council (CIC)....