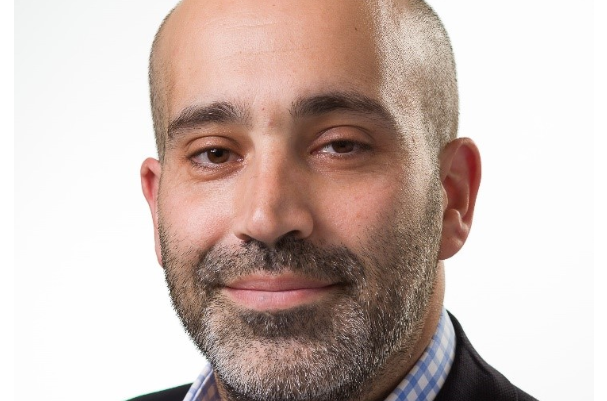 In 2014, I was the divisional head of business development for London and the South East at Santander, where I’d spent the last five and a half years.

I’ve now been at OakNorth Bank for the same amount of time and, with huge challenges ahead for the nation, I felt it was worth reflecting on the last few years.

When I first met Rishi Khosla and Joel Perlman [OakNorth co-founders], I was sceptical to say the least: they wanted to lend £1bn by the end of 2020 — a pretty punchy target considering neither of them were bankers and were yet to secure a banking licence! However, hearing about their experience, I quickly began to come around. They’d founded their first business (Copal Amba) in 2002 and about four years in, once it had strong cash flow, profitability, and a great list of clients, were looking for a loan to grow. They went to the high street banks but, unfortunately, none were willing to lend to them unless they could provide property as collateral. Over the next eight years, they grew Copal into a 3,000-person company before selling it to Moody’s Corporation in 2014. Despite having a very successful exit, that negative experience of trying to secure a bank loan stuck with them which is why they immediately set out to launch another business to address this gap in the market — OakNorth.

There were a few things that stood out to me about the OakNorth proposition; the first was that Rishi and Joel wanted to leverage technology to enrich the credit underwriting process, gather a much broader range of data (including unconventional and previously unavailable data) much more quickly than a human ever could, and enable loans to be proactively monitored, thus improving credit outcomes. The second was to remove the smoke and mirrors of the lending process and invite prospective borrowers to credit committee to pitch directly to the decision makers — something that still to this day I believe is unique to OakNorth Bank. The third was to use the time saved through the efficiencies the technology provides at the back-end to spend with the borrower at the front-end, learning about their business and structuring a facility that’s designed for their unique needs.

I’d been working in commercial lending for about 15 years, so had experienced first-hand how legacy systems and processes could delay decisions and lead to frustrated borrowers, off-the-shelf products, and computer-says-no decisions. Fortunately, the UK regulators were willing to give OakNorth Bank a chance, granting us a provisional licence in March 2015. Six months later, we exited the mobilisation period and launched, offering commercial loans starting at £500,000, as well as a range of competitive savings products to help fund our lending.

We didn’t have a single customer, we had no brand, and my team was less than a handful of people, so we had our work cut out for us! Fast forward to today, however, and OakNorth Bank has lent circa £4.5bn to businesses across the UK (several multiples of Rishi and Joel’s initial £1bn target), directly helping with the creation of 15,000 new homes and 19,000 jobs and are yet to experience a credit loss. Over two thirds of our qualified new business leads come from customer referrals and we have a borrower net promoter score of more than 80.

Some say that this success is down to the fact that we haven’t experienced a full economic cycle and that for the five years we have been trading, it’s been a boom period. While I agree that compared to the years immediately following the ’08 crisis, it’s been a good run, OakNorth Bank has now lived through not one but two unprecedented events — Brexit and Covid-19 — and has continued lending throughout both.

This is perhaps one of the biggest differences I’ve experienced working for OakNorth Bank vs a traditional high-street lender. In the six months immediately following the EU Referendum (just 10 months after our launch), we saw our loan book triple in size to £300m because, unlike other banks which were retrenching from the SME lending market, we doubled down and saw it as an opportunity to support businesses when many others would be reluctant to. Throughout this crisis, we’ve continued to lend, approving an average of £100m in new loans each month since the UK lockdown began in March, including circa £150m in CBILS and CLBILS loans. We continue to expand our national footprint with new hires in London, Manchester, Bristol, Birmingham and Leeds, and are hosting dozens of virtual credit committees every week to ensure we can get capital into the hands of the SMBs that need it most.

We are only at the beginning of this crisis, so it remains to be seen what the next five and a half years will bring, but I wouldn’t change these last few years or the decision I made to become one of OakNorth’s first employees for anything.