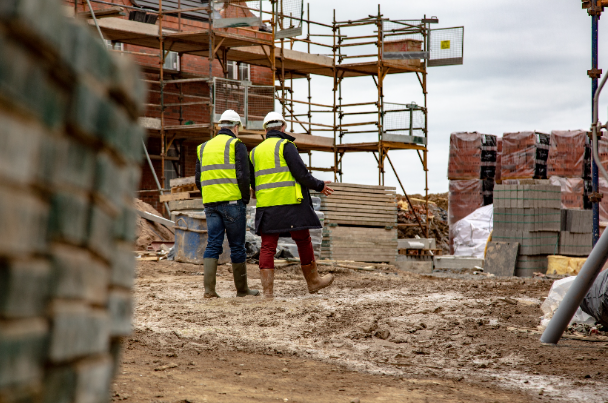 A new survey by the Home Builders Federation (HBF) and Close Brothers Property Finance revealed 65% of SME housebuilders have registered a fall in growth projections due to Covid-19.

According to the study, 76% of SMEs use the Help to Buy initiative on an average of 39% of their new homes sales.

The current Help to Buy scheme is set to be replaced with a new programme from April 2021, which will be restricted to first-time buyers and include the following regionally-based price caps:

The study also revealed 73% of participants view the lack of resource in local authorities' planning departments as a major limit.

Kevin Marren, managing director at Eccleston Homes, located in the North West, commented:  “Currently, approximately 60-70% of our buyers use Help to Buy.

“However, under the regional caps, the vast majority of our properties (probably over 90%) would fall outside of the new price banding, which is extremely low at £224,400."

He added that at this price point, first-time buyer homes in the North West would inevitably be smaller, and there would be much less choice in the market.

“While the housing market is currently looking positive, we face having our legs cut out from under us next year, when the stamp duty holiday ends and the regional caps are introduced.”

In addition, 83% of respondents said planning delays and securing permission remain a major barrier to housing development over the next 12 months.

However, development finance was rated as the lowest barrier to growth by SME housebuilders, with 41% not considering this to be a difficulty.

According to the findings, SME developers have had varying degrees of success in accessing the government’s CBILS funding, with some facing delays, inconsistent approaches from lenders, and refusal by some to lend to the real estate sector, in their attempts to access financial support.

Just over half of the respondents (53%) have tried to access support through CBILS and, of these, only 44% of survey participants had been successful.

Frank Pennal, CEO at Close Brothers Property Finance, said: “The threat to SME housebuilders following the Covid-19 pandemic is clear, and we now have to act to reverse the decline of this vitally important part of the housing market.

“Not only do SME housebuilders provide a training ground for young apprentices and trainees, they are the lifeblood of regional property markets and safeguard diversity of design, skills and craftmanship within the industry.”

He added that this research underlined the need to support and protect SME housebuilders.

Stewart Baseley, executive chairman at HBF, stated: “As we look to boost housing supply post-coronavirus lockdown, it is vital we support SME builders such that they can play their part.

“Increased bureaucracy and regulation and a harsh operating environment has seen the number of SME builders plummet in recent decades."

He believes that the government needs to work with the industry to develop policies that allows SMEs to grow, which would increase housing supply, create jobs, and stimulate economies across the country.

The Finance Professional Show has announced it will host a series of masterclasses during this year’s event on 10th November....

Living Space Housing has started construction at the £115m GDV Hawkesbury canal village scheme in the Nuneaton and Bedworth Borough of Warwickshire....

GRE Finance has provided a £5m loan to London Green to fund the acquisition of a 0.8-acre development site in a west London regeneration zone....

Property developer Argent LLP has secured a £126m facility on behalf of the King’s Cross Central Limited Partnership (KCCLP) from HSBC UK and Helaba to support the development of a mixed-use scheme at King’s Cross....

Urban Village Healthcare, part of Urban Village Group, has put together an executive team to lead its launch into the healthcare sector....