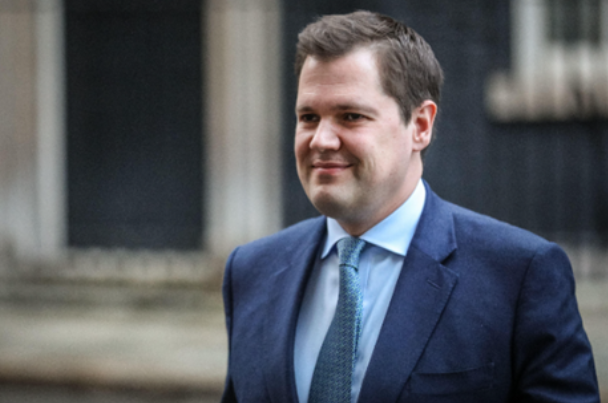 A consultation was launched in the summer that sought views from planners, councils, and the wider public.

Currently, a housing need formula is used to create a starting point in the process of local planning for new homes.

Now, an updated method will be introduced to help councils to enable the delivery of 300,000 homes a year by the mid-2020s, prioritising brownfield sites and urban areas.

Under the proposals, cities will be encouraged to plan for more family homes and to make the most of vacant buildings and underused land to protect green spaces.

The plans are set to encourage more homes to be built in England’s 20 largest cities and urban centres, in a bid to boost local economies by supporting jobs in the building sector and revitalising high streets with increased footfall.

The government also intends to revise the so-called ‘80/20 rule’ which guides how much funding is available to local areas to help build homes.

This will establish a new principle to ensure funding is not just concentrated in London and the South East.

“This government wants to build more homes as a matter of social justice, for intergenerational fairness, and to create jobs for working people,” said Jenrick.

“We are reforming our planning system to ensure it is simpler and more certain without compromising standards of design, quality and environmental protection.

“The Covid-19 pandemic has accelerated and magnified patterns that already existed, creating a generational opportunity for the repurposing of offices and retail as housing and for urban renewal.”

He added that this this should help to forge a “new country beyond Covid” which is “more beautiful, healthier, more prosperous, more neighbourly and where more people have the security and dignity of a home of their own”.

A new expert Urban Centre Recovery Task Force has been set up to advise on the development and regeneration of towns and city centres, and includes Peter Freeman, the visionary behind the redevelopment of Kings’ Cross and new Chair of Homes England.

In last month’s Spending Review, the government announced it was introducing a £7.1bn National Home Building Fund, on top of its £12.2bn Affordable Homes Programme.

Today, the government will also be:

To ensure tall buildings are in areas that are appropriate, the government has also issued a London Plan direction to the Mayor of London, asking boroughs to set a definition for a tall building, based on a minimum of 18m height.

Brian Berry, chief executive at the FMB, said that facilitating a more diverse housing market was key to fixing the housing crisis.

“Our high streets have suffered through the pandemic, but converting vacant buildings or underused commercial spaces into homes is an important way of breathing new life into our town centres.

“The FMB has long advocated for local authorities to facilitate and coordinate the conversion of empty spaces above shops into flats by quality builders — this should form part of the new proposals.”

He also urged the government to make the funding accessible to SME builders.

“The government will not be able to meet its target of building 300,000 new homes a year without reversing the decline in SME housebuilders, and bringing forward a more diverse housing market.”

Jamie Johnson, CEO at FJP Investment, said that the decision to promote construction of new-builds in the North and the Midlands we be welcomed by their local communities.

“Based on our experiences at FJP Investment, I anticipate demand for property in places like Newcastle and Liverpool to rise in 2021,” he said.

“Already, construction firms are working to make up for the delays caused by the pandemic to ensure that projects in these cities can be delivered on time.

“The government needs to make sure that today’s announcement is part of a long-term strategy that helps with the overall upgrade of regional Britain to ensure the necessary infrastructure and facilities are in place.”

However, Nick Sanderson, CEO at Audley Group, commented that it is not just a change to the algorithm that is needed to fix the government’s planning reforms.

“Location is not the only issue,” he argued.

“Yes, the country needs to viewed as a whole and homeownership has to be supported in all parts of the UK, but there also needs to be attention given to the types of housing being built.

“Thousands of homes for FTBs is not the way to solve the housing crisis and help the country build back better.

“Increasing the provision of specialist housing for people as they get older should be integral to any planning reform, but a blind eye continues to be turned.

“The government might have revisited where it builds houses, but it hasn’t looked at what is being built.

“I would urge greater emphasis on the need for specialist housing, and its numerous benefits, as an absolute priority.”

Glenbrook and Barings Real Estate have announced the completion of VOX, a £70m BTR apartment scheme in Cornbrook, Manchester....

PMJ Capital has announced it has delivered over £50m in lending....