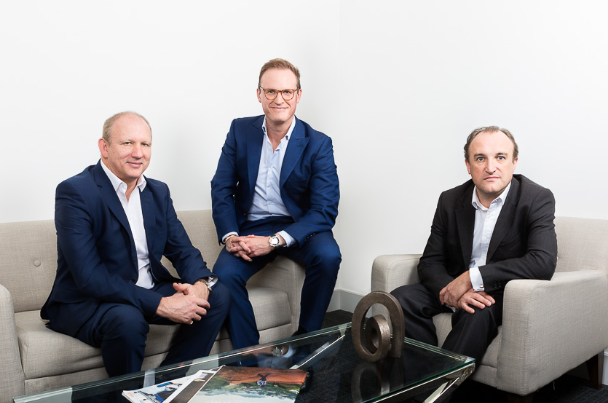 Certain funds advised by Avenue Capital Group have completed the acquisition of a majority shareholding in Zorin Finance from Alternative Credit Investments (ACI) and Sir John Beckwith and family.

The group has also purchased the existing Zorin Finance Portfolio from ACI and has exclusivity to fund all of its future loan originations.

Zorin Finance’s founder and chief executive officer Luke Townsend (pictured above, middle) will retain a shareholding and transition the business under its new ownership.

Since 2014, Zorin Finance has provided over £800m in finance to residential property developers.

With Avenue Capital Group’s investment and expanded support, Zorin expects to originate £400m of loans over the next 12 months, by entering new markets and funding major developments across the country.

Luke said: “We have established Zorin as a key player in the alternative residential development finance market over the last 10 years and now look forward to significantly scaling the business with Avenue Capital Group and introducing new product lines.

“Indeed, with the ability to now provide larger loans of up to £100m at more competitive rates, we intend to have an even greater impact on helping UK housebuilders meet the nation’s new housing needs.

“I would like to thank the Beckwith family and ACI for their partnership and support over the years and wish them well for the future.”

Piers Beckwith, former shareholder and director of Zorin Finance, commented: “We are proud to have supported Zorin Finance for the last decade and to have helped the business grow in such an exciting nascent space.

“We wish the team and the business every success as they begin this new chapter.”